Privately-owned operators have received nearly £11bn in support from Britain’s Department for Transport according to the latest figures. 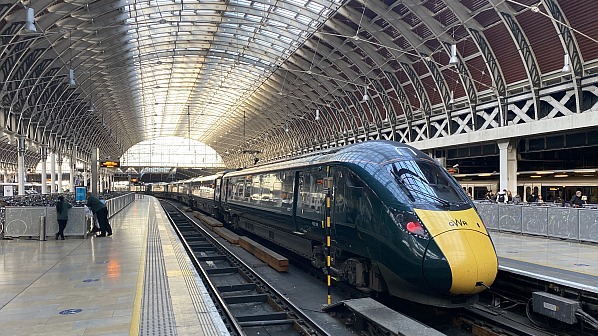 THE British government has provided almost £11bn to support privately-owned franchised operators to mitigate the financial impacts resulting from the Covid-19 pandemic and to ensure that rail services could continue to operate.

The DfT agreed Emergency Measures Agreements (EMAs) at the end of March 2020 following government advice not to travel. Passenger usage dropped as low as 4% of pre-pandemic levels during this period. The EMAs were introduced from April 1 2020 but financial provisions were backdated to March 1. EMAs applied for most operators until September 20 2020 and operated as a temporary amendment to the underlying franchise agreement.

The EMAs were replaced by Emergency Recovery Measures Agreements (ERMAs) for most operators from September 21 2020. These are a further temporary amendment to the underlying agreements and allow for a phased transition to the new National Rail Contracts (NRCs).

In the 2021-22 financial year, Great Western Railway (GWR) has so far received the highest sum of government money (£285.8m), followed by Govia Thameslink Railway (GTR) (£280.5m) and Southeastern (£216.4m). Both GWR and Southeastern had been operating under a direct-award franchise agreement that expired on March 31 2020, with new agreements that began on April 1 2020 alongside their EMAs. The Southeastern agreement expired on October 17 with the operator now in public ownership. GWR’s latest contract expires in March 2022.

Monthly payments have been reducing in size in the 2021-22 financial year as restrictions are relaxed and passengers return to the railway. In 2021-22 period 1, £632.4m was paid by DfT, but in period 4 this had dropped to £462.5m. In the first four months of the current financial year, the British government paid an average £524.3m in support.

DfT says that although their figures are shown for completeness, the two franchises in public ownership during the period of this report, East Coast and Northern, were not operating under EMAs or ERMAs with the DfT already having full responsibility for their costs and revenues.

Most operators have transitioned to NRCs ahead of the introduction of reform recommended in the William-Shapps Review.

Under EMAs, ERMA and NRC, the DfT receives revenue collected and pays most operating costs incurred by the operators through a regular franchise payment. This is made roughly every four weeks. The payment is used to entirely fund the provision of rail services. DfT says none of the money passes to shareholders.

Operators can also earn management and performance fees which are payable retrospectively on receipt of audited statutory accounts covering the period to which the fees relate. In due course, and subject to conditions, these are earnings that can be passed on to shareholders.

Open access operators Grand Central, Hull Trains and Lumo, as well as Eurostar and Heathrow Express, do not qualify for government assistance.