Programme is being funded under Biden Infrastructure Law. 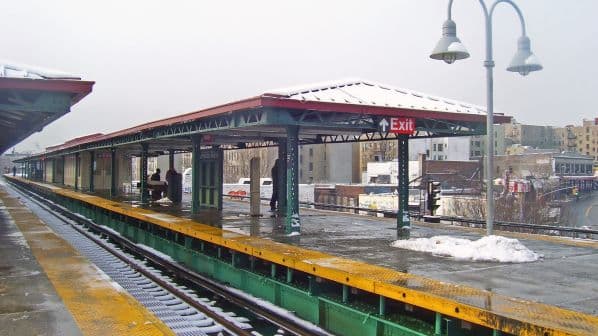 The New York City Subway Burnside Avenue station in the Bronx is one of those due to receive accessibility improvements as part of the funding programme.
Photo Credit: Daniel Case/Wikipedia Commons

THE US Federal Transit Administration (FTA) has announced it is making 15 grants totalling $US 686m in nine states to modernise older metro stations and improve accessibility.

The grants were announced on December 19 and are being funded under president Mr Joe Biden’s Bipartisan Infrastructure Law.

This is the first round of funding under the new All Stations Accessibility Programme (ASAP), designed to improve the accessibility of metro stations. According to the FTA, the US has more than 900 railway stations dating from before 1990 that are not fully accessible at present.

The programme aims to make it easier for people with reduced mobility to access some of the country’s busiest and oldest metro systems through upgrades such as installing lifts. The FTA says projects have been selected for funding based on the criteria of the Notice of Funding Opportunity (NOFO), in response to which FTA received funding requests totalling $US 905m. Due to the level of demand, the FTA says it is awarding competitive grant funding for both fiscal years 2022 and 2023.

“Every day, millions of people rely on our public transit system to get to work, buy groceries, and see their loved ones - yet today, three decades after the passage of the Americans with Disabilities Act, hundreds of transit stations are still inaccessible for travellers with disabilities,” says US transportation secretary, Mr Pete Buttigieg. “The ASAP is going to change that by adding wheelchair ramps, elevators, and more.”