THE privatisation of Greece's national train operator Trainose is set to resume after the board of the Hellenic Republic Asset Development Fund (HRADF) gave the go-ahead on January 20 for a new international tender for the sale of 100% of the company's share capital. 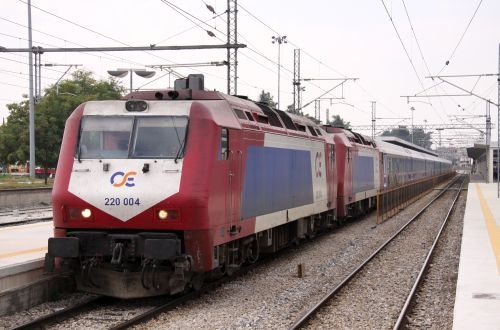 HRADF is inviting interested parties to submit expressions of interest from February 1, with a deadline of April 26 for the submission of binding offers.

Investment Bank of Greece and Kantor Management Consutants are acting as financial advisors on the sale, with Hogan Lovells International and M&P Bernitsas acting as legal councils. Louis Berger has been appointed technical advisor.

Under the terms of the deal, Trainose must sign a public service obligation contract with the Greek government for the operation of passenger services, which has an annual value of up to €50m. It will also sign a track access contract with infrastructure manager OSE; a long-term lease agreement with rolling-stock leasing company Gaiose.; a long-term fleet maintenance contract with Rosco; and long-term leases on selected real estate.

In October 2014 HRADF confirmed that Russian Railways (RZD) and Greek property and energy group Gek Terna; French National Railways (SNCF) subsidiary SNCF Participations; and Romanian open-access operator Grup Ferroviar Roman (GFR) had been granted access to detailed financial information for the preparation of final bids for Trainose. However, the privatisation process was suspended in January 2015 after Greece's leftist government announced it would carry out a review of the sale, which by this time was in its final stages.