THE European Commission (EC) announced that rail projects in Greece will receive funding from the European Union (EU) cohesion funds, as part of a €1.3bn investment which will allow major projects that started in the 2007-2013 financial period to be completed in the current 2014-2020 period. 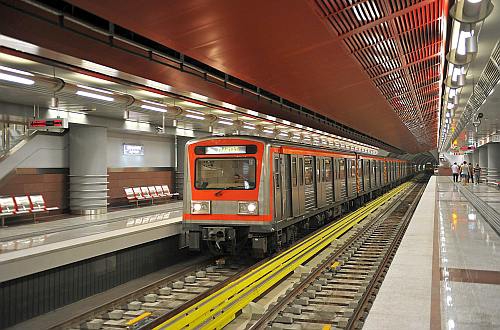 Over €730m will support the completion of Thessaloniki’s driverless metro line. Completion of the city’s original 9.5km line with 13 stations will cost €407m including the supply of 24 trains. The line is expected to carry 247,000 passengers per day, reducing traffic in the busy Thessaloniki area and cutting carbon emissions.

Just under €323m will be put towards an extension of the line to the city of Kalamaria, southeast of Thessaloniki.

Athens metro Line 3 will receive over €261m for an extension to Piraeus, Greece’s third largest passenger and freight port. The project comprises the construction of six new stations and the supply of 17 new trains. The line is expected to open in 2020 and will have the capacity to serve an additional 174,000 passengers.

A €58m investment will be allocated to extend the Athens tram network to the port of Piraeus and increase capacity by 11,000 to help reduce traffic congestion in the city. The project also includes the supply of 25 low-floor LRVs and the construction of 13 tram stations.