The agreement should see an expansion of services coupled with a commitment by Trainose to acquire additional trains and improve service quality. 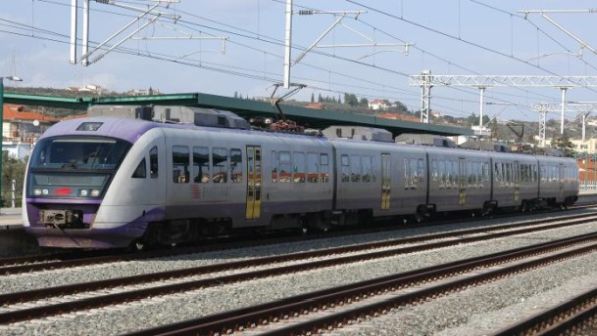 A new Public Service Obligation (PSO) contract was signed on April 14 by Greece’s minister of infrastructure and transport, Mr Costas Karamanlis, and the minister of finance, Mr Christos Staikouras, with Mr Maurizio Capotorto, CEO of the national train operator Trainose.

The agreement will provide €50m a year for the next 10 years to fund loss-making services, with an automatic five-year extension. A key element of the PSO agreement is that Trainose will only receive the subsidy if it has operated the routes, something that was not provided in the previous contract.

The PSO payments will be divided as follows:

Staikouras says the PSO agreement was recently approved by the Court of Auditors and is the result of more than a year of intensive negotiations between the two ministries and Trainose.

Karamanlis says that for the first time five very important issues have been resolved.

“First, that there will be itineraries throughout the country on our entire network, even to what are considered non-commercial destinations,” he says. “And this will now be ensured since clauses and sanctions are introduced for the first time.

“Secondly, most of the annual compensation will be returned to the Greek state for further enhancement of rail transport.

“Thirdly, that Trainose is committed to very specific investments aimed at improving both the infrastructure and the services provided.

“Fourthly, that both sides agree that the more these investments are implemented, the longer this new contract will last.

“And fifthly, there is an incentive for the efficiency of the compensation mechanism in case of a positive economic result.

“In other words, we are correcting the wrong texts of the Syriza government and the problematic privatisation agreement it concluded. Trainose was sold [to Italian State Railways (FS)] in 2017 for €45m, ie €5m less than the annual aid for the provision of public services. We are improving the terms of a privatisation that really took place ‘on foot’, without serving the interests of the passengers. We are putting the passengers at the centre.”

Karamanlis says €453m of the €500m PSO payments will be returned to the Greek state as investments. “We will achieve this within a broader strategic framework that we have set, implementing the largest package of railway projects worth €5bn.”

Staikouras says Trainose has committed to “substantial investments in passenger rail transport” in three areas. €163.5m will be invested at least 10 hydrogen zero-emission trains, 10 new trains for suburban services and a complete reconstruction and upgrade of 15 Desiro EMUs, which Trainose rents from state-owned leasing company Gaiaose. Quality control systems will be implemented and integrated in trains and stations. Thirdly, information systems will be developed to fully inform passengers, in a timely manner before and during the journey.

Capotorto confirmed the commitment of FS and Trenitalia to the development of the railway in Greece. FS has already transferred five ΕΤR 470 from Italy to Greece for operation on the Athens - Thessaloniki main line. “Very soon we will announce new initiatives, aiming not only to upgrade our services, but also the green development in transport, which is a goal and commitment of the FS group,” Capotorto says.