FREIGHT wagon supplier Greenbrier announced its preliminary financial results for its fiscal second quarter, ending February 28, on March 22, and said it expects revenue of approximately $US 650m and unadjusted earning per share (EPS) of $US 0.07 to $US 0.09 per share. 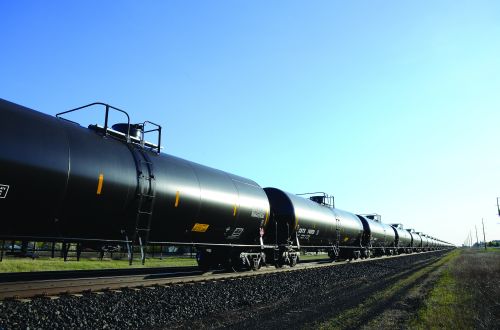 Challenges in Romania, Gunderson and wagon maintenance operations reduced results by $US 0.29, including one-time charges of $US 0.14 related to loss contingencies on wagon contracts, primarily in Romania, along with facility closure costs in wagon repair operations.

“In the quarter, car order demand was solid overall,” says CEO, Mr William A Furman. “However, we are disappointed with our earnings. This was largely driven by three factors. First, poor manufacturing execution in Romania compounded by supplier delivery failures and car contract loss contingencies created losses in the quarter at our European railcar manufacturing operations.

“Greenbrier is actively addressing these performance issues and will resolve them.”

Furman also announced Mr William Glenn had re-joined Greenbrier on February 1 as chair of the management board and CEO of Greenbrier-Astra Rail with a mandate to improve operating profitability.

Greenbrier is also due to reopen a wagon production line at Gunderson in the fiscal third quarter, with the aim of improving the overhead absorption and production volumes.

“Since regaining direct control of our North American railcar repair shops in September following the dissolution of GBW Railcar Services, the Greenbrier Rail Services (GRS) management team has been strategically reviewing the network,” Furman says. “After first ensuring fair treatment was given to our employees, in the second quarter GRS announced plans to conclude operations at two car repair locations.

“Although the site evaluation by GRS leadership continues, we are optimistic about the progress we have made with our car repair shop network. We will have the network solidified by the end of the fourth quarter resulting in improving operating performance during the balance of this fiscal year.”

Greenbrier is reviewing its previous annual financial guidance, which will be updated at its next earnings conference call in early April.

Greenbrier also announced it had received orders for 3800 new wagons with an aggregate value of nearly $US 450m during the second quarter. Orders for the quarter include tank wagons, car transporters and hoppers and were consistent with Greenbrier's expectations for the period. The new wagon backlog of 26,000 units is now valued at $US 2.7bn.