SOUTH African freight logistics, shipping and financial service company Grindrod has announced plans to sell its locomotive assembly business due to the company’s deteriorating financial performance and an impairment of Rand 675m ($US 50.6m) for its rail businesses. 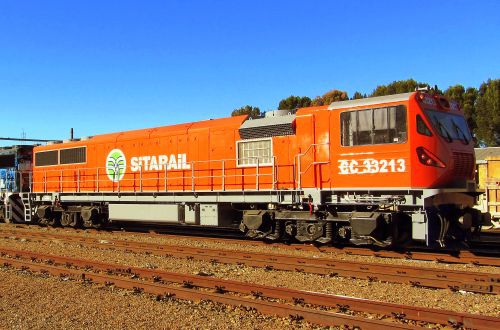 One of the GL30SCC-AC units for Sitarail.
Photo Credit: J Wepener

Grindrod’s first-half financial performance was adversely affected by exceptionally-weak dry-bulk shipping rates during the first quarter, which have since recovered with rates now well in excess of operating costs, and the continued depressed state of the railway and freight service markets. This was mitigated by continued strong performances in the tanker and ship operating businesses, while a competitively-priced logistics chain and improved commodity prices have resulted in significant contracted volume for the second half of the year.

“The Board has reviewed the group's strategy and decided to sell the locomotive assembly business,” Grindrod says. However, the company has not published any information on the timing of the sale or the future of its railway infrastructure business.

The Co-Co 20-tonne-axleload mainline locomotives have a continuous tractive effort of 400kN at 20km/h, a maximum speed of 100km/h and single cabs.