The contract will run for 25 years. 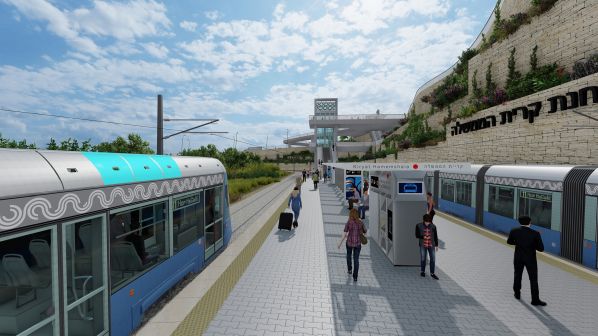 The contract includes construction of a 41km double-track line, 20 stations, the purchase of rolling stock, the installation of signalling and electrification. The winning bidder will also operate and maintain the line for 25 years, with services operating at up to 100km/h at least every four minutes.

The project, named Nofit, which translates from Hebrew as Scenery, will have 20 stations in the Galilee and Haifa metropolitan areas. The line, which will carry 100,000 passengers daily, will start at HaMifratz central station in Haifa, Isarel’s largest transport hub, before running through Kiryat Ata. The line will then pass through the towns of Shfar’am, Bir El-Maksur, Mashhad, Reineh, and Nof HaGalil, before terminating in Nazareth.

Trans Israel previously announced the shortlist bidders approved to participate in the tender:

Work is progressing on the line, with construction underway at a depot at Kiryat Ata, Kiryat Hamishla station, and the Central Bay complex in Haifa. In the last six months, Trans Israel has issues three design-build tenders for the construction of bridges and tunnels along the route worth around Shekels 1bn.

An in-depth report on the light rail project in Tel Aviv will appear in the May issue of IRJ.

For detailed data on rail projects in Israel and around the world, subscribe to IRJ Pro.