BRITAIN’S High Court has ruled that a Department for Transport (DfT) decision to disqualify bids for three rail franchises was lawful. 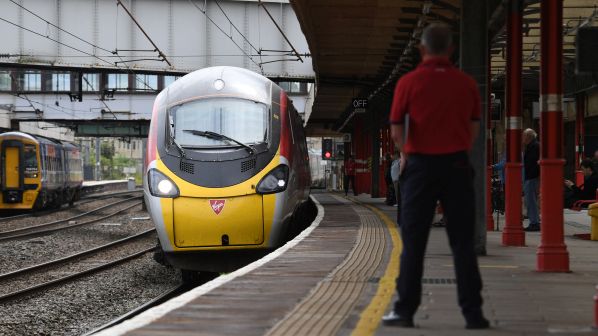 Stagecoach alleged in the case heard in February that the DfT breached its statutory duties in disqualifying the company for bidding for the West Coast Partnership (WCP), East Midlands and Southeastern franchises in April 2019. Stagecoach was supported by its partners for the West Coast Partnership (WCP) franchise bid, French National Railways (SNCF) and Virgin Group, and Alstom with which it was bidding for the Southeastern franchise.

The dispute centred on a change in the pension liability the government expected the winning bidder to take on in relation to the £28bn defined benefit Railways Pension Scheme for 340,000 retired and active railway staff. Britain’s Pension’s Regulator had indicated that the franchisees and not the government would be responsible for any funding shortfall in the programme, which is estimated at £7.5bn.

Although the full extent was unknown, Stagecoach said the risk could be worth well in excess of £1bn for the three franchises, something it was unwilling to accept. The company said the DfT obliged the bidders to accept this risk or potentially face disqualification from the competition. Stagecoach claimed that this decision by the then secretary of state for transport, Mr Chris Grayling, was unlawful.

However, in the ruling delivered remotely by Mr Justice Stuart-Smith on June 17, it was found that the Grayling had rightfully disqualified the bidders in each case. “Non-compliances on pensions were considered as being sufficiently serious to merit disqualification from the competitions due to the level of risk on pensions which those bidders sought to transfer back,” he said.

Stagecoach is no longer active in the British franchise market following the failure to secure any of the contracts and the transfer of operation of the West Coast Partnership to Avanti West Coast comprising First Group and Trenitalia in December. Stagecoach is the lead partner with a 50% stake in West Coast Trains Partnership (WCTP), with SNCF holding 30% and Virgin Trains 20%. WCTP is planning to launch an open-access Liverpool - London service in May 2021.

“We believe there were important issues which needed to be determined by the court to help secure the future of the country's rail system and our view remains that we were right not to accept the risks in these contracts,” Stagecoach said in a statement.

“Nevertheless, while we are disappointed at today’s ruling, we accept the decision and move on. The country is facing a huge challenge in fighting the Covid-19 pandemic, and all of our energies are focused on ensuring our transport networks help the national effort at this critical time.”

The DfT welcomed the decision, which it says found its “franchise process was fair, our conduct was transparent, and the disqualification at the heart of this case was proportionate.”

Britain’s Rail Delivery Group (RDG), which represents rail companies, acknowledged that both sides had accepted the verdict. It emphasised that the industry wants to work with government to deliver a reformed railway, which harnesses the best of the public and private sectors.

“We continue to work with the Pensions Regulator, DfT and the unions with a view to agreeing a sustainable pensions framework for the train operator sections of the Railway Pensions Scheme,” says Mr John Thomas, RDG’s director of policy.