STADLER says it has recovered from the negative effects of the Swiss franc shock, with turnover at Stadler Rail returning to approximately the same level as before the Swiss National Bank’s unexpected decision to scrap its currency cap of SFr 1.20 per euro in January 2015. 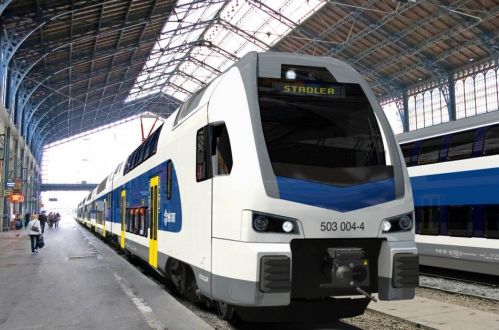 Stadler says it was badly hit when Switzerland abandoned the currency ceiling.

“The record number of orders received during the following year failed to result in record turnover, again due to currency effects,” the company says.

It says strategic decisions went on to have a definite positive impact in the 2017 financial year, with SFr 3.4bn ($US 3.4bn) worth of incoming orders. Turnover at Stadler Rail stood at SFr 2.4bn, significantly exceeding the previous two years’ figures.

Major orders from Switzerland and other European countries such as Hungary, Norway, the Netherlands and Germany made up a considerable proportion of the turnover, with the record order intake of SFr 800m for the Service Division also having a major impact on the result. Service orders now represent 22% of the total order volume.

“Stadler succeeded in surviving the crisis without resorting to redundancies or reduced hours, and now finds itself in a stronger position than before,” it says. “In this context, the planned investment of a total of SFr 86m in a new plant in St. Margrethen can be seen as another clear statement in support of Switzerland as a business location.”

The number of employees rose to more than 7600 in the 2017 financial year, the highest headcount in the company’s 75-year history, with 3100 staff members based in Switzerland.

Stadler says it is forecasting further growth over the next few years, and expects to increase turnover to SFr 3.9bn by 2020. It says it has already received a large proportion of the necessary orders due to the record number placed in 2016. The turnover from major contracts such as the order for 58 Flirt trains from Greater Anglia or 52 metro trains from Merseytravel in Britain will be included at a later date.

Mr Peter Spuhler also handed over operational responsibility to his deputy, Dr Thomas Ahlburg, on January 1, after 30 years exercising the dual function of chairman of the board of directors and group CEO. Stadler says the change allows Spuhler, who remains owner and chairman, to focus on strategic product development as well as the establishment and expansion of joint ventures with high local added value, whilst taking on responsibility for all merger and acquisition projects.

As group CEO, Ahlburg is in charge of the operational activities of the entire group and “enjoys the full confidence of the Board of Directors, management and staff,” Stadler says.