HITACHI announced on November 2 that it has completed the acquisition of Italian train builder AnsaldoBreda and signalling specialist Ansaldo STS from Finmeccanica. 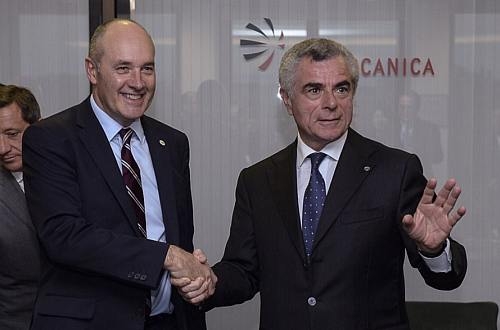 Under the deal Hitachi has purchased AnsaldoBreda, apart from some revamping activities and certain residual contracts, and the 40% stake which Finmeccanica has in Ansaldo STS, which is listed on the stock market. Hitachi has paid €30m for AnsaldoBreda and €9.50 per share for Ansaldo STS which values this part of the deal at €761m. Hitachi will now launch a mandatory offer for all the remaining shares in Ansaldo STS.

Hitachi recently completed its first train manufacturing plant outside Japan in Britain, so the acquisition of AnsaldoBreda will considerably expand its train building capacity in Europe. The deal will give Hitachi a major boost in railway and metro signalling around the world.