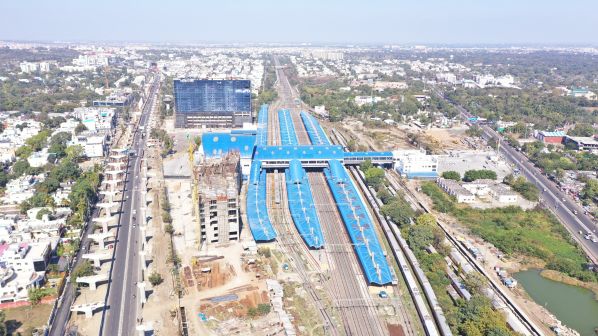 INDIA’s government has announced Rs 2.45 trillion ($US 32.7bn) for rail in its national budget on February 1, along with an increased commitment towards rolling stock and infrastructure development.

Under plans announced by finance minister, Ms Nirmala Sitharaman, Indian Railways (IR) will receive 400 aluminium bodied 160km/h Vande Bharat trains, while 100 new multimodal freight terminals will be built over the next three years. Two Vande Bharat trains are already in operation, while another is due to be completed at the Chennai-based Integral Coach Factory in June. IR has placed orders for 44 additional trains, while tenders for another 58 trains are currently being processed.

Sitharaman said the Train Collision Avoidance System (T-CAS) will also be installed on 2000km of track in 2022-23, while Rs 238bn has been allocated to develop rapid transit systems and metro projects across India.

Sitharaman did not mention previously-announced items such as the restructuring of IR, the corporatisation of train manufacturing, or the introduction of private operation. There was also no mention of a targeted completion date for the Eastern and Western Dedicated Freight Corridors (DFCs), or about plans to improve rail finances.

“This is the third year since 2019 when [IR’s] operating ratio has gone beyond 100%, while IR has window dressed the numbers to keep it under 100% by meeting the pension expenses from government and extra budgetary support,” says rail consultant, Mr Sudhanshu Mani. “In the last two years, the Comptroller and Auditor General (C&AG) has rapped IR for doctoring the numbers.”

IR currently has a moratorium on interest against loans taken, with current borrowing standing at Rs 4 trillion. However, this is expected to increase when the moratorium ends.

“This budget has allocated another Rs 2.45 trillion to capital expenditure, whereas it would have been prudent to cut back on this spending and institute a stronger system of pre and post-audit returns on investments,” Mani says.

However, industry leaders have welcomed the plans.

“It is a progressive and growth-oriented budget that will have a huge multiplier effect on the economy; incentivising faster implementation of projects,” says Alstom India managing director, Mr Alain Spohr. “The policy aimed at standardisation of metro design systems will provide the much-needed stability to manufacturers.”