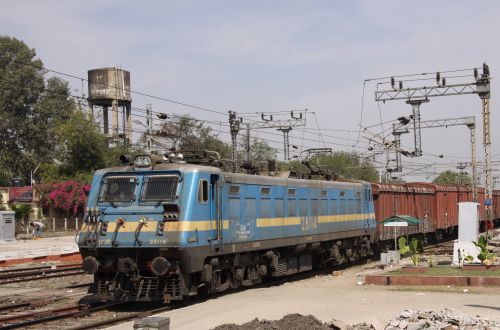 The 2018-19 budget will be funded from various sources. Rs 530bn will be funded through gross budgetary support, Rs 115bn through internal generation, while Indian Railway Finance Corporation has been tasked with borrowing Rs 285bn. Another Rs 264bn will come through institutional finance, while Rs 270bn is will be raised through Public Private Partnership (PPP) projects.

“Since the focus of the budget is on raising private investment, IR will need to ramp up its schedules on project implementation. If this does not happen, IR will get into a debt trap,” says former finance commissioner Mr R Sivadasan.

Sivadasan’s concerns are not misplaced. Compared with the timely and rapid implementation of road and metro schemes in India, IR projects have been suffering delays. For example, the Eastern and Western Dedicated Freight Corridor projects - financed by the World Bank and the Japan International Cooperation Agency - have continued to progress at a slow pace during the last 11 years.

During the next 12 months, IR will build 1000km of new lines, a 149% increase compared with last year, while targets for gauge conversion and track doubling have been increased by 72% and 122% respectively. Track renewal targets have been placed at 3900 route-km, entailing an outlay of Rs 114bn, compared with 3600km and a budget of Rs 92bn in 2017-18.

Declaring his intention of bringing about the “complete electrification” of the network within five years, Jaitley put an emphasis on passenger safety works with an allocation of Rs 730bn.

During 2018-19, IR will develop “world class facilities” at 600 stations through PPP schemes and will also focus on improving suburban services in Mumbai and Bangalore. Rs 110bn has been earmarked for doubling of 90km of suburban lines in Mumbai, while 150km of lines will be constructed at a cost of Rs 400bn. In Bangalore, 160km of suburban lines will be built at a cost of Rs 170bn.

“The National Democratic Alliance (NDA) government has been working with the idea of addressing the past neglect of Indian Railways, with a focus on modernisation,” Indian Railways minister Mr Piyush Goyal said at a post-budget press conference. “A major overhaul plan for the signalling systems is being worked out. Mass deployment of ETCS-II will begin this year.” Rs 20.25bn has been allocated to signalling in 2018-19.

The Finance Minister also approved plans to set up a Rail and Transportation University at Vadodara in Gujarat state. The university will focus on developing modern human relations practices in the rail sector, logistics, and inter-modal passenger transport.