Indian Railways to sell stake in Container Corporation of India

BUSINESS opportunities have opened for private players and global fund managers following the Indian government’s decision last week to offload shares and transfer managerial control of the Container Corporation of India (Concor) to a strategic buyer. 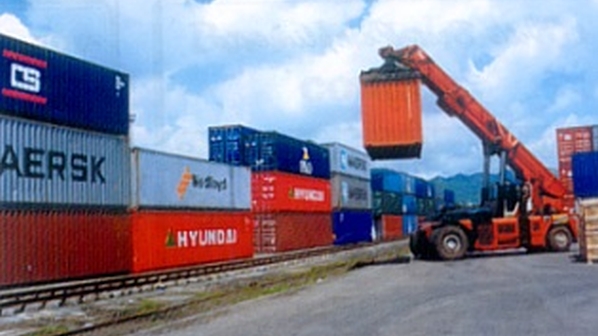 Concor is a public sector undertaking of Indian Railways (IR). Against its current holding of 54.8% equity, the Indian government will disinvest 30.8%, according to the cabinet’s decision made on November 21. At current market prices, the disinvestment will raise an estimated Rs 103bn ($US 1.4bn).

While global rail, logistic or shipping firms are expected to be interested in buying Concor shares, the terms of the disinvestment decision have not been clarified. “While it is unclear whether foreign firms would be permitted to pick up stakes directly, it is certain that portfolio managers would be allowed to invest,” a Finance Ministry official said. The Adani Group - which has a dominant presence in India’s ports sector - is seen as one of Concor’s potential investors.

Concor - a profit making unit designated as a “Navratna” (Jewel) company - has a 72% share of container traffic in India, with extensive assets including 15,500 container wagons, 80 container terminals, 26,000 containers and 14 gantry cranes. The corporation is already listed on the National Stock Exchange of India, while a majority of the terminals under Concor control exist on either IR-owned land or public land leased by the Indian government.

In addition, the corporation has joint venture (JV) agreements with foreign shipping lines and logistics players including Maersk, Transworld, All Cargo, APM Terminals and DP World.

Just 5% of freight in India is transported by containers, compared with the global average of 25 to 40% of intermodal transport. Members of the private Container Train Operators (CTOs) argue that in order to provide that India catches up with the global benchmarks, IR would need to make its terminals and other facilities available to all the operators.

In 2007, container train operations were separated from IR, when CONCOR was set up. A number of private firms subsequently entered the business including Hind Terminals Private, Adani Logistics, DP World, MI City and the Container Railroad Private.  Concor, however, has remained the dominant player because of its large network and preferential treatment from the IR.

Following the disinvestment decision, there are hopes that a level playing field will get created. However, some CTOs are apprehensive that another kind of a monopoly could get created, and are demanding free access to facilities such as terminals controlled by the Concor management.

“The Concor disinvestment drive, in the manner conceived, will not help create a ‘level playing field,’ as the strategic buyer would get an unfair advantage that could be used to establish monopoly status,” said Mr Sachin Bhanushali, director and CEO of one of India’s CTOs, Gateway Rail Freight.