TEMASAEK Holdings, an investment company owned by the Singaporean government, announced on July 20 that it has reached an agreement to acquire all of the shares in Singapore metro operator SMRT Corporation through its Belford Investments subsidiary. 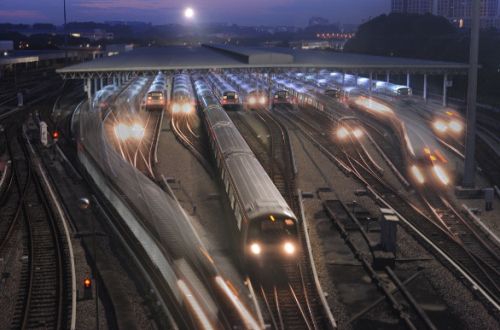 Belford will pay a cash consideration of $S 1.68 ($US 1.24) per share in a transaction which values SMRT at $S 2.57bn. With the completion of the acquisition, SMRT will become a wholly-owned subsidiary of Temasek and the company will be delisted from the Singapore stock exchange.

Temasek says the sale will give SMRT “greater flexibility to focus on its primary role of delivering safe and high quality rail service, without the short-term pressures of being a listed company, in the midst of its transition to a new regulatory framework under the NRFF.”

Even with this new framework in place, Temasek says SMRT is expected to face significant challenges with costs and uncertainties associated with an ageing and expanded network. SMRT will also need to concentrate on delivering existing and new multi-year plans to improve the performance of the network, particularly with the more rigorous maintenance performance standards set by the LTA.

“We welcome the transition to the NRFF, which is an improvement on the current framework,” says SMRT chairman Mr Koh Yong Guan. “However, the company will continue to face significant risks. We do not have any control over fare increases and ridership growth – two key revenue drivers for SMRT Trains. At the same time, SMRT will continue to face significant risks over operating costs as we will be faced with challenges in the regulatory environment with costs and uncertainties associated with an ageing and expanded network, and to deliver higher rail reliability and service.

“Taking the company private will allow SMRT to better fulfil its role as a public transport operator without the pressure of short-term market expectations. It will also allow SMRT to be better supported as it retools and reinforces its core skillsets in engineering and maintenance.”
SMRT has appointed Merrill Lynch to act as financial advisor on the sale, which is subject to approval by SMRT shareholders.