Kazakhstan: Kazakhstan Railways’ (KTZ) freight subsidiary has reported traansporting 143 million tonnes of freight during the first seven months of this year, and a freight turnover of 131.6 billion tonne-km, 4% higher than the same period last year. 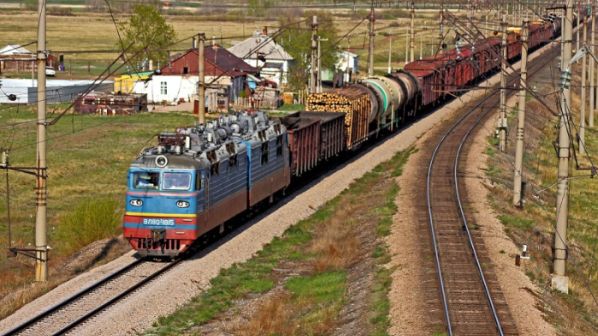 Britain: Braking and polymer specialist Dellner Bubenzer, Sweden, announced the acquisition of British specialist glass manufacturer Romag on August 10, which will be renamed Dellner Romag. The purchase will complement Dellner’s existing range of polymer and vibration control products, and expand sales in Europe. The purchase includes Romag’s 11,613m2 County Durham manufacturing site and Berlin sales office and management of its staff of over 100 people.

Sweden: SJ has announced an operating loss of SKr 656m ($US 74.98m) in the second quarter of 2020, following a 77% decline in passenger demand due to the coronavirus pandemic. This comes despite efforts by SJ to reduce costs during the quarter, including cutting train services by half, the suspension of non-critical projects and reduced hours for staff. Punctuality did improve compared with the same period last year, rising by around 3-4% for all services.

Spain: European rolling stock financier Eurofima has announced the approval of two new financing deals with operator Renfe. The first, for €200m, will mature in 2034, and the second, worth €103m, will mature in 2030. The funds will be used for the modernisation of Renfe’s regional fleets, and includes the financing of a fleet of 1668mm-gauge Civia EMUs for use on commuter rail networks in Madrid and Barcelona.

United States: Dow has announced the sale of rail infrastructure assets worth $US 310m to the Kansas-based Watco Companies, with a full transition planned by the end of the year. The corporation cited a desire to focus on expanding growth in its core businesses. The assets are located at six sites in Plaquemine and St Charles, Louisiana; Freeport and Seadrift, Texas; and Fort Saskatchewan and Prentiss in Alberta, Canada. The transaction will also include 14 Dow employees and management of approximately 400 contract workers. Following the transition, Dow and Watco will enter into an initial long-term service agreement for the continuation of rail services for existing Dow businesses at the sites.

France: Alstom has acquired cast iron and steel brake manufacturer Ibre following a transaction on June 30, with the intention to expand its internal brake manufacturing capabilities. The company, to be renamed Alstom Ibre, employs around 30 people at its site in Bourgogne Franche Comté and had a turnover of approximately €10 million in 2019.

Poland: PKP Cargo has announced revenues of Zlotys 1.96m ($US 523,800) for the first half of this year - a 20% decline compared with the same period last year. Ebitda for the period declined to Zlotys 206.8m compared with 2019 where it amounted to Zlotys 450m, resulting in an estimated net loss of Zlotys 191.9m compared with profits of Zlotys 47.9m for the same period in 2019. The freight operator stated that the impact of the coronavirus pandemic was significant, with restrictions causing a large drop in demand. However, PKP remains confident, noting a rise in freight volume of 5.4% month-on-month during June as restrictions lifted.

Germany: Knorr-Bremse has announced better-than-expected performance during the second quarter of 2020, with preliminary revenue of €1.4bn and an operating margin of approximately 17%. However, the company still expects an overall downturn in its key figures due to the coronavirus pandemic. In 2019, the company achieved revenues of €1.8bn and an Ebitda margin of 19.1% for the same period. The company credits its rapid implementation of cost and efficiency measures in response to the pandemic with its projected figures, and expects a gradual recovery during the second half of the year.

Britain: Bavaria Industries, Germany, has announced the outright purchase of rail maintenance and infrastructure company Stobart Rail, including the acquisition of all assets, liabilities and obligations. The company will now transfer to full management under Bavaria Industries following the completion of a three-month transitional service agreement (TSA).

United States: Ohio-based maintenance-of-way equipment leaser Relam has been purchased by private equity manager Paceline Equity Partners alongside its affiliated infrastructure and track maintenance companies Acme Construction and Timiny RR Construction. Relam will merge with fellow leaser 1435 Rail, which was acquired by Paceline in December last year, and will continue operating under the Relam name with an expanded fleet of over 1100 pieces of equipment and a broader range of services.