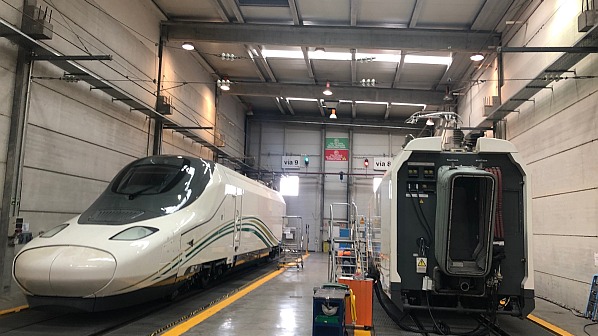 Spain: Talgo recorded a record high €293m of revenue in the first six months of 2021, driven by increased industrial activity. Revenues increased by 35% compared with the previous period as the economy recovers from the pandemic.

Talgo’s net profit reached €10.2m and reported an adjusted Ebitda that amounted to €30.5m in the first half of the year. There has also been significant improvement of the company financial profile with the debt refinancing to extend the average maturity to 3.7 years and reduce the cost of debt to 1.0%. There remains a backlog of €3.1bn of work.

Sweden: The European Commission has approved a budget of SKr 2.75bn (€271m) to promote rail transport in Sweden, under EU state aid rules. This follows an amendment that was originally approved in May 2020 to increase the support for rail freight in the country.

The scheme will run until December 31 2025 and will be open to railway companies active in the sector. The support will be available as direct grants. Individual grants will also increase. The aid aims to partially cover costs related to external costs incurred.

Czech Republic: The European Commission (EC) has approved a government programme to provide €45m to support rail freight operators using electric traction. This will be provided via direct grants and is for costs linked to the fees for renewable energy sources. The aid will run for five years. The EC’s aim is to promote modal shift and to encourage a change from diesel to electric traction.

Spain: The CMA CGM Group, a leading shipping and logistics company, has acquired Spanish private rail operator Continental Rail in a transaction worth around €25m. The operator was established in May 2000 in Madrid and specialises in moving intermodal trains between ports across Spain.

France: Le Shuttle reports it carried 116,556 lorries during July 2021, a decrease of 6% compared with the same period in 2020. Le Shuttle’s owner Getlink says this was affected by a temporary and planned reduction in capacity linked to the testing of the ElecLink HVDC electrical interconnector cable in the Channel Tunnels. Le Shuttle transported 98,064 passenger vehicles during the same period. This is a 58% decrease, which Getlink says results from unfavourable comparisons due to the lifting of lockdown restrictions during the same period last year.

Poland: PKP Intercity Remtrak has taken over the former Wagon Opole, based in Opole. It had already been leased by PKP Intercity since December 2019. However, the plant had an uncertain future but now there are plans to expand it and increase employment.

Acquiring the plant will enable PKP Intercity to repair its own rolling stock after that ceased in Opole due to problems within the maintenance company. PKP Intercity claims hundreds of jobs have been saved, and that by buying the company, it will be able to speed up fleet refurbishment.