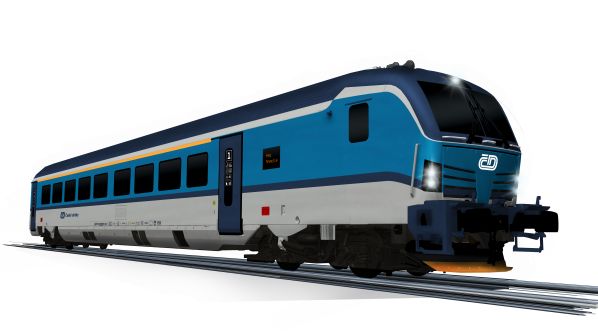 The increase includes Siemens Mobility’s largest-ever order in the Americas (worth €2.89bn) as well as a €0.4bn order for coaches in the Czech Republic and a €0.2bn order for signalling in Taiwan. It says its higher revenue and Adjusted EBITA (€204m compared with €153m last year) were driven largely by the rail infrastructure business. Siemens says the Mobility business continues to anticipate a mid-single-digit comparable revenue growth and an Adjusted EBITA margin of 9.5% too 10.5% in fiscal 2021.

The new company will consist of SŽ’s freight subsidiary, SŽ -TP, and Slovenian freight forwarding firm Fersped, which is also held by SŽ. SŽ -TP offers conventional and intermodal rail freight transport and some related logistics services, predominately in Slovenia and to a lesser extent in Austria and the Czech Republic.

The EC concluded that the proposed transaction would raise no competition concerns because of the limited impact it would have on the market, as the companies’ activities are mainly complementary since they focus on different member states.

Spain: The combined turnover of Adif and Adif AV in the first half of 2021 was €440.93m, 2% less than in the same period last year. This has been blamed on the liquidation of railways fees caused by restrictions following the outbreak of Covid-19. They are though set to be recovered as pandemic restrictions are relaxed.

The collection of access fees for the General Interest Railway Network (RFIG) increased 1.02% due to a 4.22% increase in traffic. Inter-urban services contributed to this improvement through a 10.62% increase in fees paid, while Cercanías services provided a 3.89% increase, and the long distance sector reduced the fees it pays by 10.08%.

Planned methods of combating these losses include reducing ticket prices to encourage more passengers onto rail.

The aggregate Ebitda of the two companies was negative €20.55m, 65% less than the previous year. The results for the period stood at a loss of €284.95m which was an improvement on the €325.19m loss for the same period last year. Despite the pandemic, Adif has reduced its debt by €58m compared with June 2020.

China: The number of freight trains departing from the Guangdong-Hong Kong-Macau Greater Bay Area heading for Europe has increased 83.4% year-on-year, says China Railway Guangzhou Group. The trains have carried a total of 106,700 tonnes of goods to Central Asian and European countries. More than 340 freight trains are expected to operate from Guangdong to Europe in 2021, an increase  of 30% year-on-year.

Germany: Knorr-Bremse reported a 32.1% year-on-year order increase to €3.6bn in the first half of 2021 compared with €2.73bn in the same period last year. It says this figure is also higher than pre-pandemic levels. Its order book is currently worth €5.16bn, up 18.3% year-on-year.

Revenues grew by 11.9% to €3.42bn in the first half of 2021, which it says is largely due to the significant growth in the global commercial business.

Meanwhile, Knorr-Bremse has pulled out of a planned acquisition of automotive firm Hella. In a statement the company says that following careful analysis, its Executive Board determined that the possible transfer of key technologies and products would not result in the expected synergies.

Denmark: The European Commission has approved the Danish state’s allocation of €24m to support the Danish passenger operators affected by the Covid-19 outbreak under state aid rules. Those eligible will have experienced a decline in turnover of at least 30% between September 1 and December 31 last year, compared with the same period in 2019.