ISRAEL's transport minister Mr Israel Katz approved on February 3 what is claimed to be the country's largest railway budget which calls for an investment of Shekels 28.3bn ($US 7.24bn) until 2020. 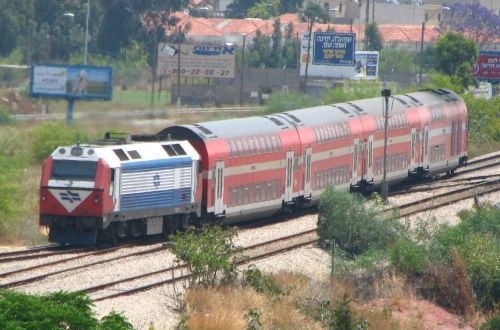 The budget includes Shekels 12bn for electrification, Shekels 3.4bn for new electric-train depots and converting existing depots for electric traction, and Shekels 3.7bn for new signalling including the introduction of ETCS Level 2, for which tendering has just started.

There is also funding for building the long-awaited Modi'in Outskirts - Rishon Le-Zion Rishonim line, which will run in the median strip of a highway. The new line will connect Modi'in Outskirts with the A1 fast link to Jerusalem and will entail modifications to Modi'in Outskirts station, and adding new freight sidings and terminals.

Electrification and new signalling and control systems will enable Israel Railways to increase the number of daily passenger trains from 450 to 860 and achieve the goal of carrying at least 70 million passengers a year.