Israel Railways reports net loss for first half of year 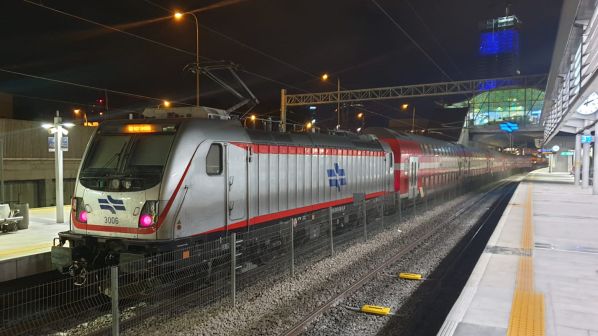 This is despite a significant increase in gross profit for the first half of this year of Shekels 28.6m, compared with only Shekels 5.4m for the same period in the previous year.

IR says that the coronavirus pandemic is a significant factor behind the net loss, causing a sharp decline in passenger numbers even before official restrictions on travel were put in place by the Israeli government on March 26.

However, punctuality for the period was up to 93.3% - a rise of 4% - compared with 2019, largely due to the reduction in traffic on the network.

IR also reported a decline of 7% for freight volumes on its network, with 3.9 million tonnes of freight being shipped during the period. This compares with 4.2 million tonnes for the same period in 2019.

IR says that despite the economic challenges of the crisis, the railway has taken advantage of the low traffic to progress with outstanding infrastructure projects, including electrification of Tel-Aviv Savidor - Hertzliya - Ra'anana West and Tel-Aviv - Ashkelon lines and accessibility upgrades in stations and maintenance of the fleet and depots.