ITALY’s open-access high-speed rail operator, Italo-NTV, has applied to list its shares on the Italian Equities Market (MTA) of the Italian Stock Exchange. 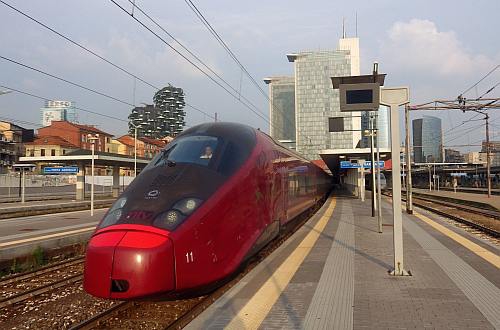 Between 35 and 40% of Italo-NTV’s share capital will be offered exclusively to institutional investors in Italy and outside of the United States. The offer is expected to be completed in February subject to market conditions - national elections on March 4 might delay the flotation.

In its application, Italo-NTV says it has a 35% share in terms of passenger-km of the Italian high-speed rail market on the routes it operates. It plans to launch a new service in May between Turin, Milan, Verona and Venice.

In an interview with Reuters, Italo-NTV’s chairman Mr Luca Cordero di Montezemolo says the company is looking for a partner and core investors in order to launch a new service outside Italy. He says Italo-NTV would be a minority shareholder to provide its expertise.