ITALY's economy minister Mr Giancarlo Padoan has announced that the government is planning a "quick" partial-privatisation of Italian State Railways (FS) in a bid to reduce the public debt and improve the competitiveness of the railway in the high-speed rail and regional public transport markets. 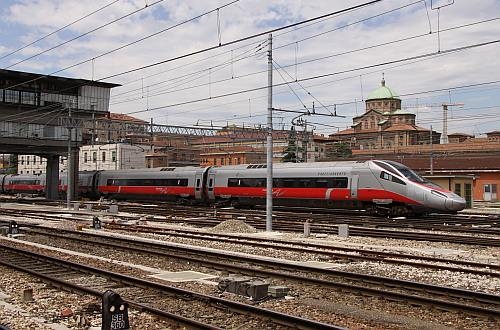 During a meeting with transport and infrastructure minister Mr Maurizio Lupi and a delegation of senior FS managers this week, Padoan said the government intends to proceed with the sale of a 40% stake in FS, describing the decision as "an important opportunity to enhance a company that has been an engine of modernisation in Italy."

A taskforce will now discuss the terms of the privatisation process, which should be completed by the end of 2015 or early 2016.