ITALIAN construction firm Itinera has announced that it has taken over sole responsibility for the new Storstrøms Bridge on the Copenhagen - Femern railway line, as the two firms it won the contract with are involved in corruption charges in Italy and are in economic difficulty. 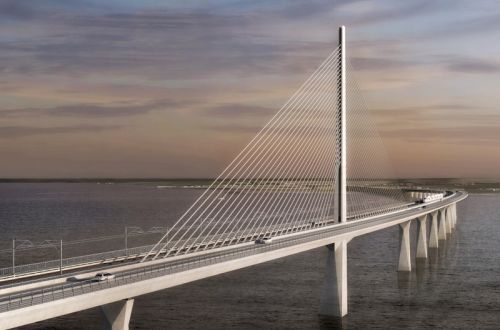 The Storstrøms Bridge is planned to connect Zealand and the island Falster via Masnedø.

Grandi Lavori Fincosit (GLF) and Condotte were part of the three-firm consortium which won the contract for the bridge, but for judicial reasons have had their share in the consortium reduced to 0.01% each so as not to violate the tendering rules.

Itinera has continued work on the project under the assumption that the two firms will not be actively returning to the project and has followed the time plan for the project as agreed.

Mr Silvio Fascio, CEO for Itinera’s European division, said the withdrawal of GLF and Condotte will not have any influence on the completion of the project.