SHARES in Japan’s Kyushu Railway Company (JR Kyushu) climbed 15% on the first day of trading following the company’s IPO on the Tokyo stock exchange on October 24. 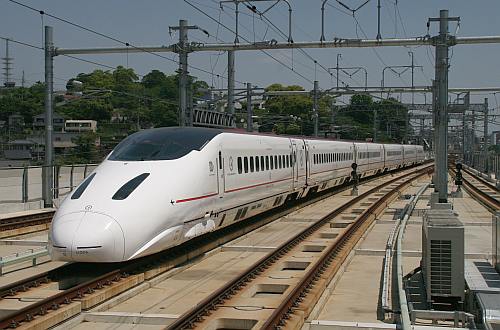 All 160 million shares held by the Japan Railway Construction, Transport and Technology Agency, which owns JR Kyushu, were sold for Yen 2600 ($US 24.94) each, valuing the company at Yen 416bn, and reached Yen 2990 by the close of trading.

Three quarters of shares were sold domestically with the remainder going to international investors.

The flotation of JR Kyushu was the third biggest IPO of 2016 after the Postal Savings Bank of China ($US 7.4bn) and German energy company Innogy ($US 5.1bn).

In the current financial year, which ends on March 31, net income is forecast to reach Yen 38.2bn with sales projected to increase 0.2% to Yen 379bn. JR Kyushu made a net loss of Yen 433bn in the 2015 financial year due to a one-off Yen 479bn depreciation in the value of its railway assets.

Around 60% of JR Kyushu’s revenues and all of its profits come from non-rail activities including property development, hotels, and restaurants.