JAPAN's Ministry of Land, Infrastructure, Transport and Tourism (MILT) announced on January 27 that Kyushu Railway Company (JR Kyushu) will be listed on the Tokyo stock exchange in the 2016 financial year, becoming the fourth of the former Japanese National Railways (JNR) companies to do so. 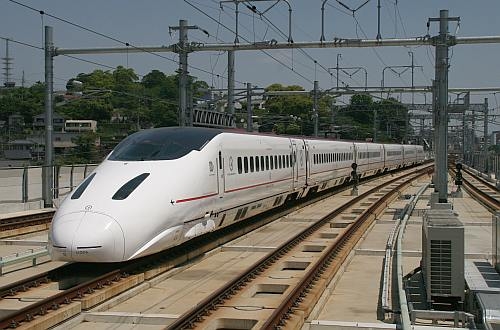 The government will submit a bill to the House of Representatives in the current legislative session to revise the current law on JR companies, exempting JR Kyushu from the requirement for the transport minister to approve all appointments to its board. This would also require JR Kyushu to commit to retaining its current 2122km network.

JR Kyushu made a loss of Yen 15.6bn ($US 132m) on its railway operations in 2013, but MILT deems the company suitable for flotation because of its property and hotel activities. Indeed, the company expects to generate more than 60% of its total revenue from non-rail activities by next year.

JR Kyushu covers the losses from its rail operations through a Yen 3.387bn stabilisation fund established by the government as part of the breakup of JNR in 1987 and it will be allowed to use Yen 220.5bn of this to cover infrastructure charges for use of the Kyushu Shinkansen.

In addition to the 1984km 1067mm-gauge network, JR Kyushu operates services on the 138km standard-gauge Kyushu Shinkansen line from Kagoshima to Hakata, many of which continue over the Sanyo Shinkansen to Shin-Osaka.