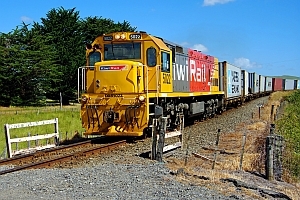 Freight growth was driven by import and export freight which rose 16% in volume and over 12% in revenue to $61m.

However, EBITDA for the same period slumped to $NZ 43.6m, a fall of about $NZ 6m, as a result of reduced earnings from other parts of the business namely InterIslander Cook Strait ferry services, passenger operations and workshops.

KiwiRail is forecasting a full year EBITDA in the range of $NZ 105-115m, compared with the $NZ 139.5m target set in company's Turnaround Plan, which has been approved by the government and is designed to restore the business to financial independence.