NEW Zealand national railway KiwiRail has reported a $NZ 40m ($US 28.1m) operating surplus for the 2020 financial year ended June 30, despite the impact of the coronavirus pandemic. The surplus is down $NZ 15m from $NZ 55m in the 2019 financial year. 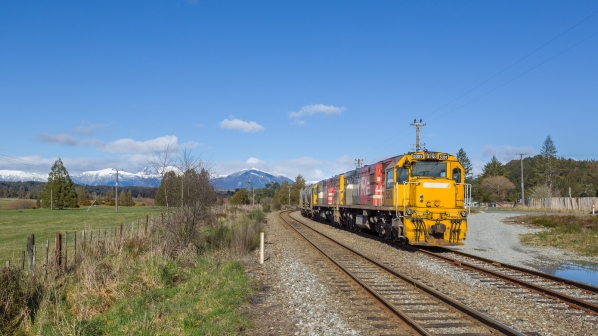 New Zealand went into lockdown in March, but gradually reopened throughout May after eliminating the virus. Miller says that when the country entered the level 4 lockdown, the most severe, Interislander custom dropped sharply and KiwiRail’s long-distance scenic trains stopped running.

However, the financial period also marked a continuation of strong government investment in the railway, with the government allocating $NZ 1.2bn in funding for KiwiRail in the May 2020 budget, including $NZ 400m to progress the iReX project to replace the three ageing Interislander ferries with two new ones. The budget allocation also allows for the purchase of new locomotives.

“Historically, the so-called ‘golden age’ of rail is long past, but for those who maintained the faith during the decades when private rather than public transport was in ascendancy, the future looks bright,” says KiwiRail Holdings chairman, Mr Brian Corban. “The current focus on environmental sustainability, as well as concern with congestion on roads, is seeing rail come back into favour.

“Auckland rail commuters offer the best demonstration of that and illustrate the rewards of investing in the rail network. In mid-2003, when Britomart station opened, there were about 2.5 million commuter trips by rail in Auckland per annum. That figure rose to 10.2 million trips in the 2013 financial year, and to 22.5 million trips last year.”

Miller says Covid-19 interrupted progress on some significant projects, including the rejuvenation of the North Auckland Line, where $NZ 35.5m of the $NZ 164.5m allocated to the project through the Provincial Growth Fund (PGF) was spent during the financial year.

Overall, $NZ 107m of the $NZ 457m allocated to KiwiRail through the PGF was spent in the 2020 financial year, with a further $NZ 1.2bn provided through the New Zealand Upgrade Programme for the Auckland and Wellington commuter networks.

The Main North Line through Kaikōura was also fully reopened following the 2016 earthquakes, and work began to upgrade the Wellington commuter network, including the construction of a second 2.7km track between Trentham and Upper Hutt.

KiwiRail also invested in its rail freight business, increasing its fleet to meet demand. “We received 453 new wagons which we introduced to the fleet, so we had additional capacity over the peak freight season, then phased out our aged wagons that were beyond the end of their useful service,” Miller says.

For an in-depth interview with Greg Miller on the impact of Covid-19 and the government’s investment, see the October issue of IRJ, p18, or click here.