The results are the first under a new funding model. 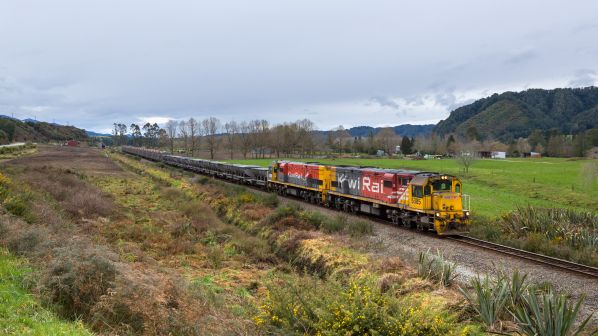 The results for FY22 are the first  to be reported under KiwiRail’s new funding model, under which the infrastructure is now fully funded through the National Land Transport Fund (NLTF), supported by the government and by track access charges. This means the group operating surplus reflects the performance of KiwiRail’s commercial operating business.

“This is a creditable result given the difficult conditions in FY22,” says KiwiRail board chair, Mr David McLean. “Achieving that surplus, which is committed to future core capital reinvestment, is a step along the way to KiwiRail’s above-rail business becoming self-sustaining.”

McLean noted that because of the change in the way KiwiRail is funded, the surplus could not be easily compared with those of previous years.

Total freight revenue was $NZ 449.7m, up by $NZ 22m on the 2021 financial year. This increase reflected a strong performance in the import and export freight sector, where revenue was up by $NZ 18.3m, as well as the bulk and domestic sectors. However, these gains were offset by a difficult year for the Interislander ferry division, which was affected by major mechanical issues.

Capital expenditure for the year was $NZ 1.1bn, the highest level of capital investment in a single year in KiwiRail’s history.

“KiwiRail has continued to deliver on its capital reinvestment programme and is steadily moving towards achieving its revitalisation programme for New Zealand and our customers while building resilience in the Below Rail network,” says KiwiRail chief executive, Mr Peter Reidy. “The government is investing heavily in rail, recognising its benefits to the country in providing an efficient, low-carbon form of freight and passenger transport, and the progress we are making in delivering on that investment is steady.

“Investment is being made in upgrading the rail network, infrastructure and operating systems, and investing in rolling stock capacity, the facilities used to service our wagons and locomotives, and in new ships and terminal capacity for Interislander services. On the network, significant progress was made on the Auckland and Wellington metro upgrades. Spending on the Auckland metro network was $NZ 338.7m and on the Wellington metro network $NZ 93.3m.

“Another $NZ 49.9m was invested in the Northland rail network as part of a programme that will see heavier axle trains running faster north of Auckland. We are continuing to develop the business case for a new rail line to Northport.”

$NZ 186.3m was spent on replacing ageing rolling stock, including the signing of a contract with Stadler in October 2021 for 57 locomotives for the South Island. The locomotives, which are being built in Spain, will begin arriving in early 2024.

Reidy says the $NZ 133.9m surplus, which represents earnings before depreciation and amortisation, interest, impairment, capital grants and fair value changes, was achieved despite a very difficult operating and trading environment including the ongoing impact of Covid-19.

“We are seeing a growing customer appetite to use rail and an increased focus on driving a commercial outcome for our above rail business,” he says. “The problems Interislander faced with its ships underlines the importance of the programme now underway to deliver two new purpose-built hybrid electric ships, along with new terminal facilities in Picton and Wellington.

“Passenger numbers for both Interislander and Scenic rail services were also affected by Covid, with the Scenic services spending much of the year in hibernation.”