ŠKODA Transportation announced on August 4 that it has reached an agreement to acquire a controlling stake in Finnish rolling stock manufacturer Transtech for an undisclosed sum. 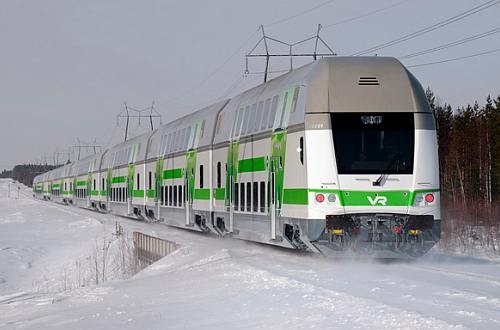 Transtech generated net sales of €95m in the 2014 financial year and employs around 530 staff at its sites in Oulu and Otanmäki. The company is currently supplying double-deck coaches to VR Group and low-floor LRVs to Helsinki City Transport (HKL).

Transtech says the company name will remain unchanged and Sinituote, Finland, will retain a minority stake.

"With this acquisition Škoda Transportation will become a key player in the field of railway and urban rail vehicles in the Finnish market," says Škoda's vice president for sales Mr Zdeněk Majer. "Equally significant is the fact that this deal significantly improves the position for developing Škoda's business throughout Scandinavia."

Transtech was established in 1985 when Rautaruukki started to manufacture freight wagons in Otanmäki and Taivalkoski.Valmet´s Tampere rolling stock works, which specialised in the manufacture of coaches and locomotives, was merged with Transtech in 1991. Rautaruukki subsequently sold Taivalkoski works to Telatek, Finland, in 1998 and the entire Transtech business to Talgo in June 1999. However, Talgo sold the shares to a Finnish group of investors in March 2007, when the name of the company reverted to Transtech.