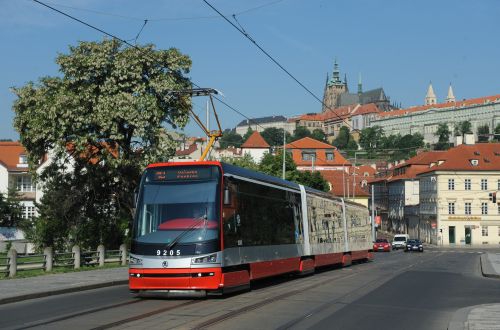 PPF is owned by Mr Peter Kellner, who is listed as the Czech Republic’s richest person, and the announcement ends months of speculation surrounding the future of the manufacturer. The purchase price has not been revealed by either PPF or CEIL, which has nine separate shareholders all of whom have transferred all of their shares to PPF, but the it is estimated at around Koruna 10bn ($US 469.4m). The transaction is now reportedly awaiting approval by the Czech anti-monopoly office.

Kellner says PPF will provide an operating credit to Škoda, which is expected to cover the company’s operational needs and has led analysts to speculate that Škoda is in a weak financial position. The takeover includes all of Škoda’s assets, including real estate used for operation and manufacturing under the Škoda trademark.


Mr Daniel Křetínsky, another Czech billionaire, was reportedly interested in purchasing Škoda. However, negotiations stalled as the purchase price was too high. CRRC, China, was also reported to be interested at the end of 2016, but this faded, along with supposed interest from Siemens.

Škoda employs 5327 people and has a strong market presence in Central and Eastern Europe. In 2016 the company's revenues were Koruna 15.7bn, a fall of 14% compared with 2015, although profit tripled to Koruna 1.57bn. Škoda invests over Koruna 1bn in research and development annually. In 2010 Škoda Transportation Group became Skoda Holding, and the following year, Škoda Industry, based in Cyprus, became the owner and was renamed CEIL in 2013.

PPF’s portfolio is focused in the finance and banking, insurance, telecoms, real estate and agriculture sectors in Europe, Russia, Asia and North America. Its assets are valued at €35bn and the holding company employees 155,000 people, of which 9000 are based in the Czech Republic.

Škoda dates back to 1859, and the company began producing rail vehicles after World War 1.