THE European Union (EU) has confirmed a further €38.5m in co-financing for the three-stage modernisation of Kosovo’s railway infrastructure. 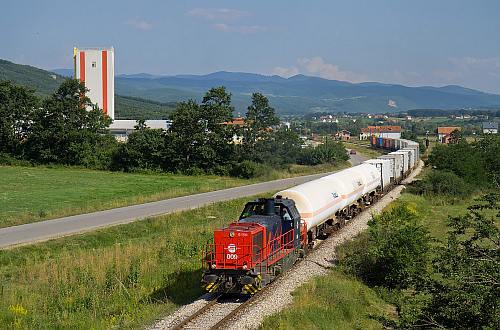 The grant agreement was signed through the Western Balkans Investment Framework (WBIF), a joint initiative of the European Commission (EC), international financial institutions, bilateral donors and the governments of the Western Balkans. The framework aims to support development and EU accession by providing financial and technical assistance for strategic projects, including in transport.

The latest grant, which will be implemented by the European Bank for Reconstruction and Development (EBRD), covers the 64km southern section of Kosovo’s 148km rail route 10, linking Fushë Kosovë near the capital Priština with the Macedonian border.

The project includes two other sections: the 34.4km stretch between Fushë Kosovë and Mitrovicë, and a 42km northern section from Mitrovicë to the Serbian border, which is also benefiting from EU and WBIF financing.

The latest financing follows a senior loan of €39.9m allocated by the EBRD in 2015 to Kosovo Railways (HK) infrastructure subsidiary Infrakos for the upgrade of rail route 10, which connects Kosovo’s railway network to the European network through Pan-European Corridor VIII and Corridor X.