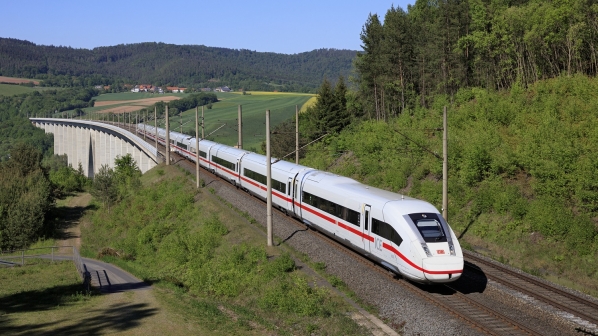 Orders from DB for the ICE 4 drove both orders and revenue.

Several large contracts contributed to the increase, including a contract worth €900m with Israel Railways for 60 Desiro HC regional EMUs over 10 years; Siemens’ largest-ever rail infrastructure order to install ERTMS in Norway worth €700m including service; a €600m order for additional ICE 4 trains and power cars in Germany; and the first order, worth €400m, from a larger framework agreement for the delivery of passenger coaches in Austria.

Revenue also rose 8% from €8.1bn in 2017 to €8.7bn in 2018, as Siemens completed several large projects. Revenue growth was driven by double-digit increases in the Europe, Commonwealth of Independent States (CIS), Africa, Middle East and Asia/Australia while revenue in North and South America dropped due to negative currency translation effects.

Profit rose 17% from €747m to €827m, with all of Siemens’ businesses contributing double-digit growth and higher profitability year-over-year on continued strong operational execution.

The company’s order backlog was €28bn at the end of the fiscal year, of which €7bn is expected to be converted into revenue in fiscal 2019.

Siemens says market development in Europe was characterised by midsize and large orders, particularly in Germany, France and Britain, while demand in the Middle East and Africa was held back by ongoing uncertainties relating to budget constraints and political climates. In North and South America, stable investment was driven by demand for mainline and urban transport, especially in the United States.

In March, Siemens signed an agreement to merge with Alstom, which is expected to happen in the second quarter of 2019. However, the merger is currently under scrutiny from anti-competition regulators. Siemens split its Mobility division into a separate company in August, in anticipation of the merger.