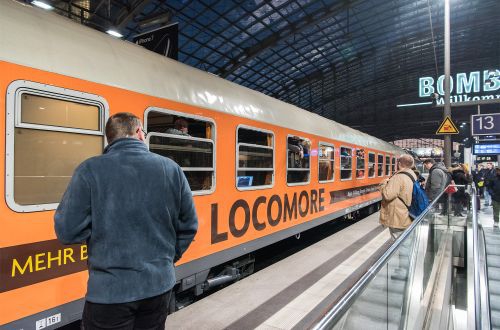 Leo Express CEO Mr Peter Köhler confirmed to IRJ that the company had submitted an indicative bid to take over the Locomore business. “We are generally interested in expanding our business in Europe,” he says.

Locomore began operating a daily service between Berlin and Stuttgart last December after raising capital for the venture through a successful crowdfunding campaign, which generated €460,000 to cover start-up costs. However, the company confirmed on May 11 that it had filed for insolvency after revenues failed to increase in line with projections, and talks with a prospective investor ended without resolution.

Leo Express carried 1.5 million passengers between Prague and Ostrava last year. Despite reporting a turnover of €13.5m in 2016, Leo Express has reported consistent losses since it entered service in 2014. It has also faced difficulties with expanding in its domestic market and been forced to slash ticket prices in order to compete with incumbent Czech Railways (CD).

However, according to Handelsblatt, Köhler says Leo Express is aiming for profitability of €1m per year through expansion.

No firm date has been placed on the conclusion of negotiations and bids from other parties have not been ruled out.