Leo Express business at risk due to coronavirus crisis

CZECH private operator Leo Express is facing a difficult future after a dramatic fall in revenue due to service cutbacks introduced in response to the coronavirus pandemic, board member and former CEO Mr Peter Köhler has revealed to IRJ. 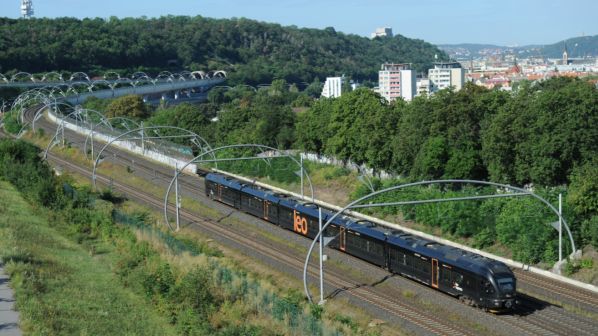 Köhler says Leo Express is operating at around 10% of its normal service capacity and carrying just 5% of usual passengers. The operator is maintaining a skeleton service on its open-access routes as well as meeting its Public Service Obligation (PSO) contract obligations on trains it operates in the Czech region of Pardubice.

According to the operator’s website, Leo Express is currently offering just a single train pair between Bohumín and Prague daily until April 7. All ticket offices are closed until April 7 while customer service information hours of operation have been cut back.

The operator carried 2.5 million passengers in 2019 and was targeting 3 million this year as it launches new PSO services and a new fleet of CRRC Sirius EMUs. Köhler says Leo Express also recorded its first net profit of around €2m last year.

“For the second half of March and April, we will be about 5% of what we expect,” Köhler says. “There will definitely be a fall in revenue in the entire company. Obviously, we can sustain it for a month or two, but not longer. This situation is putting us at risk as well as the other open-access operators that are relying on ticket revenues.”

Köhler says Leo Express is attempting to combat the crisis by cutting costs across the entire company and taking advantage of the ‘Kurzarbeit’ short-term working arrangements provided by the Czech and German governments - Leo Express operates FlixTrain services in Germany, which have ceased operation due to the coronavirus pandemic.

“We are of course actively talking to the Ministry of Transport to see if we can get some direct support, but so far there is nothing that I think we could deploy other than what is generally available to the industry,” Köhler says.

“We were already at our limits beforehand and this is now definitely a situation that may put ourselves at serious risk of going out of business.”

Mr Nick Brooks, secretary general of the Alliance of New Rail Entrants (AllRail), which projected a €540m hit for Europe’s private passenger operators at the start of the crisis, now believes that this could rise to over €1bn assuming the crisis continues for the next six months or so.

He says he hopes the suspension by Hull Trains of its services does not set a precedent for other open-access services. Hull Trains competes with the state-owned operator LNER, which has received government support, on the route between London King’s Cross and Hull.

In addition, Brooks says news that airlines in France and Finland, and German tour operator TUI, will receive special government support through loans indicate that the willingness to support transport is there.

“We are seeing things in other sectors of transport but unfortunately not in rail yet,” Brooks says. “We don’t want special treatment but a level playing field.”

Köhler says that state-owned incumbents already have government support because they are effectively losing money for every service they are currently running. They are also in the advantageous position in being able to harness non-core businesses to cross finance and subsidise their passenger services.

“Just before this crisis occurred, it was really a new golden age for passenger rail, especially in 2019, with climate activists like Greta Thunberg pushing people to take the train, and we have seen that in the figures, not just our operators but the state incumbents too,” Brooks says.

“We hope that will return with a vengeance once the crisis is over. But of course the trains have to be there and the operators have to be there. All passenger operators that existed before the crisis should survive. All those that were there beforehand were clearly able to sustain themselves and it would be really unfortunate if Covid-19 broke that apart.”