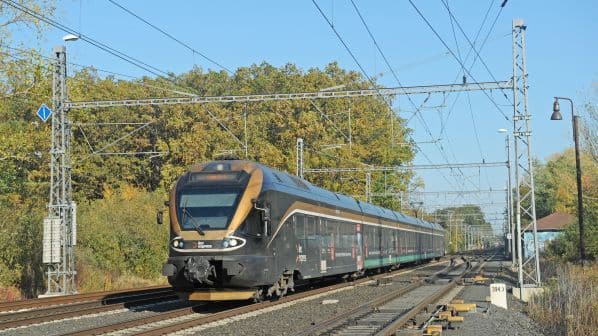 The contract has been approved by the board of Renfe Alquiler, the rolling stock leasing business of Spanish national operator Renfe, which is the main shareholder in Leo Express.

Last year Leo Express was awarded the 10-year Bratislava - Komárno operating contract, its first for PSO services in Slovakia. Deliveries of the new DMU fleet must be completed before contract starts in December.

Leo Express will take over from national operator ŽSSK and Austrian Federal Railways (ÖBB). They currently operate what is one of Slovakia’s busiest non-electrified routes with push-pull trains of ŽSSK and ÖBB coaches hauled by ÖBB class 2016 diesel locomotives supplied by Siemens.

Building on open-access operations in Slovakia, the PSO contract award marks a major step forward for Renfe, which is looking for business opportunities in central Europe.

Under its strategic plan, Renfe is looking to develop its activities outside Spain in the open-access and PSO markets, as well as in high-speed rail.

These activities include rolling stock leasing which is being developed by Renfe Alquiler.

Leo Express launched its first passenger services in the Czech Republic in October 2012 with fleet of five Stadler Flirt EMUs capable of operating at up to 160km/h.

Since then it has expanded to serve Košice and Prešov in Slovakia and routes in Poland. In the Czech Republic Leo Express has won a PSO contract covering the Pardubice area.