CZECH private operator Leo Express has been certified to operate passenger services in Germany by the Federal Railway Authority (EBA), following the completion of a year-long process. 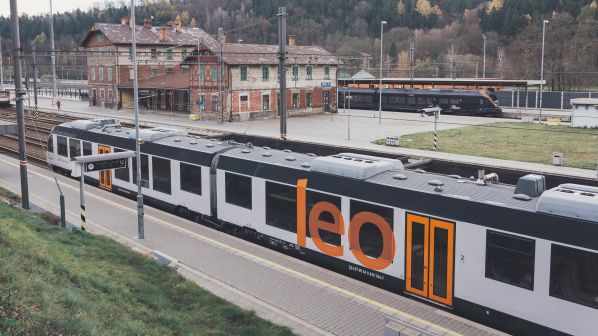 The safety certification enables Leo Express to acquire and operate new routes in Germany as an independent operator, or to offer its services to third parties in cases of substitute transport or charter transport. Leo Express was previously limited to operating services in cooperation with German operators.

Leo Express is the only Czech carrier to have acquired this certification in Germany. The country is the fourth in which Leo Express is permitted to operate, in addition to the Czech Republic, Poland, Slovakia.

Leo Express is currently looking for new opportunities in Germany following the end of its partnership with FlixTrain to operate services on the Berlin - Frankfurt - Stuttgart route in October, after three years of operation.

Leo Express says that it was forced to withdraw from the partnership after FlixTrain refused to resume services following their suspension in March 19 due to the economic impact of the coronavirus pandemic, despite no government restrictions or recommendations being in place. In contrast, Leo Express was able to restore its Czech, Slovakian and Polish services during the summer. Leo Express says FlixTrain's decision has caused it significant economic damage.

FlixTrain says that the decision to part ways with Leo Express was due to Leo Express making "entrepreneurial decisions that have affected the cooperation with FlixTrain and the re-start of operations."

"Economically, we did not come to an agreement and therefore we had to decide to terminate our cooperation, says FlixTrain. "The current situation is a great challenge for the entire mobility industry, this includes our partner companies," says FlixTrain. We regret that LEO Express can currently not re-start operations and will not continue to stay our partner. We thank LEO Express for the successful cooperation of the last years and aim to offer the connection between Berlin and Stuttgart, up until now operated by LEO Express again soon."