Just two bidders emerge for three of the 12 contracts available. 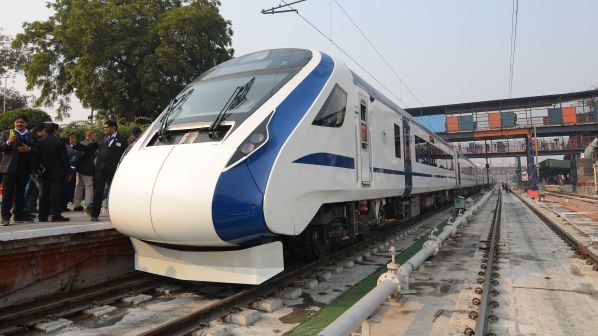 INDIAN Railway’s (IR) much publicised plan to operate private passenger services on the mainline network has failed to take off after state-owned Indian Railways Catering and Tourism Corporation (IRCTC) and the Megha Group were confirmed as the only participants when bids were finally opened on July 23, 18 months after the tenders were floated.

Companies including Larsen & Toubro, GMR, Gateway Rail, Cube Highways, BHEL, CAF, Welspun and PNC infra, which had expressed interest in the project, did not participate.

Offers were received for just three of the 12 clusters identified for private train operations: the Mumbai-2, Delhi-1 and Delhi-2 clusters. Since the IRCTC has offered a substantially higher rate of revenue sharing - 18%, 15% and 6% respectively for the three clusters - it is likely to win the contracts.

The ambitious plan was announced last year, with the bidding process getting underway in July 2020. A 35-year concession is proposed in tender documents, with the concessionaire required to introduce their own rolling stock and locomotives, and pay fixed charges for paths, stations, access to railway infrastructure and electricity consumed. IR will provide the guard and driver. In addition, private operators are required to share revenue with IR on a ratio decided through the competitive bidding process.

However, several private operators confirmed in March that they would not be participating.

According to an official press release, the Railway Ministry will expeditiously complete the evaluation process and decide the winners. The statement says 29 pairs of services requiring 40 modern trains and an investment of Rs 72bn ($US 1bn) will be operated in the first phase. IR was targeting the introduction of 109 services by 2023-2024.

Private investors apparently backed out because of “unreasonable clauses” contained in the tender document. One of the first companies to make an exit was Gateway Rail. “Railways do not have the infrastructure to maintain speeds of 160km/h,” says CEO, Mr Sachin Bhanushali. “However, the tender documents made it mandatory for private players to bring in rolling stock fit for 160km/h. The second issue was about sourcing, as such trains are not available in the Indian market.”

Bhanushali adds that the private parties demanded that an independent regulator be established to settle possible disputes. “But IR was unwilling to address these concerns,” he says.

Rail consultants point to other anomalies in the tender documents. For instance, they state that track access charges paid to IR would increase on an annual cumulative basis. However, there was no reference to whether passenger fares would increase correspondingly. Second, IR officials were unwilling to concede the demand that the concession agreement should have a “bankable status,” in order to make it possible for private companies to take out bank loans. Third, the tender documents make it clear that the private parties cannot make an exit before they have brought in the new trains.

“Earlier initiatives of IR to set up locomotive factories under the public-private partnership (PPP) mode gave fruitful results because of engagement amongst both the parties to address the concerns,” says rail consultant, Mr Harsh Dhingra. “I wish a similar process had been adopted in this bid as well.”