LOS Angeles’ Metropolitan Transportation Authority (Metro) is considering various financing options, including public-private partnerships (PPP), in an effort to close major funding gaps as the city looks to expand its metro network ahead of the 2028 Olympic Games. 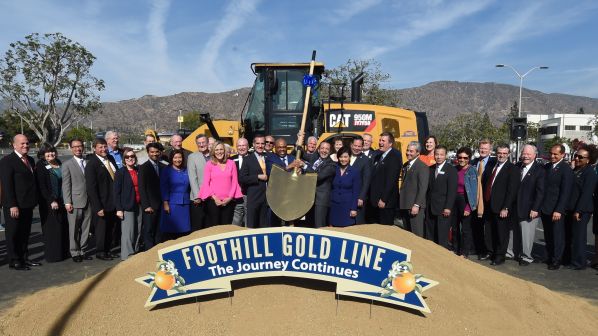 The price for the Gold Line extension to Montclair, which broke ground in August last year, has ballooned.

The price tag for a number of projects has ballooned. For example, the cost to extend the Gold Line east of Azusa has increased by 38% to $US 2.1bn forcing the Foothill Gold Line Construction Authority to reduce its length by 4.8km, postponing the construction of two stations, the Los Angeles Times reports.

Metro plans to complete at least five new projects during the decade, including the Westside subway, the Regional Connector subway and a line in the San Fernando Valley. The Los Angeles Times reports that there are also calls for four more major projects to be completed before 2028, including a transit line through the Sepulveda Pass, a rail line to Artesia, an Eastside extension of the Gold Line and a Green Line extension to Torrance.

Accelerating construction of these lines would require $US 3.3bn more for construction, interest on an additional $US 10bn in debt financing and $US 1.2bn to operate the lines over a decade, the newspaper says, assuming project costs don’t rise.

While Metro is looking to finance these projects through traditional streams such as tax revenue, bonds and grants from federal and state agencies, it is also looking to PPPs as an alternative to cover the funding gaps.

For detailed information on metro projects across North America and around the world, subscribe to IRJ Pro.