Mixed first half results for SBB

SWISS Federal Railways (SBB) published its first half results on September 1, revealing a 3% rise in daily passenger traffic, which increased to 1.002 million, and 27% year-on-year growth in freight traffic, which reached 7.6 billion net tonne-km. 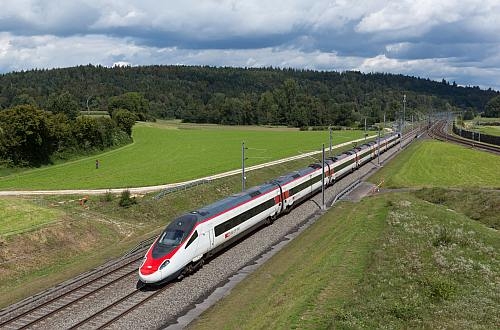 With increased freight and passenger traffic the number of trains using the network rose by 1.7% to 86 million train path-km.

However, traffic growth was not reflected in SBB's financial performance. While operating income climbed by 3.2% to SFr 4.2bn ($US 4.6bn), operating expenditure rose by 3.6% to SFr 3.9bn, which meant consolidated net income fell by 43% to SFr 57m.

According to SBB this was the result of several factors including higher expenditure on infrastructure maintenance, lower profits from the property division and a negative result for the passenger division.

Despite the increase in passenger numbers, this division lost SFr 2m in the first half, compared with a profit of SFr 29m in the first half of 2013. The infrastructure division returned a loss of SFr 61m due to higher-than-anticipated expenditure on maintenance programmes not covered by its service level agreement with the Swiss government.

SBB Cargo recorded a profit of SFr 15m, up from SFr 3m a year ago, while SBB Cargo International also achieved a SFr 1.1m profit, its first positive result.

For the second half of the year, SBB is planning further improvements in its services, especially in western Switzerland where the new Cornavin station will be opened in Geneva in September and construction will begin on the Leman 2030 project in Lausanne.

SBB is also introducing cost-cutting measures at all levels to compensate for the disappointing first half result. One achievement it can still boast of: punctuality climbed from 87.3% a year ago to 89.6%, with connections maintained at 97.4% - an excellent result by any standards, despite major construction and maintenance projects.