MRT Jakarta will apply for an additional Rupiah 10 trillion ($US 698m) loan from the Japanese International Cooperation Agency (Jica) for the development of Phase 2 of its metro network. 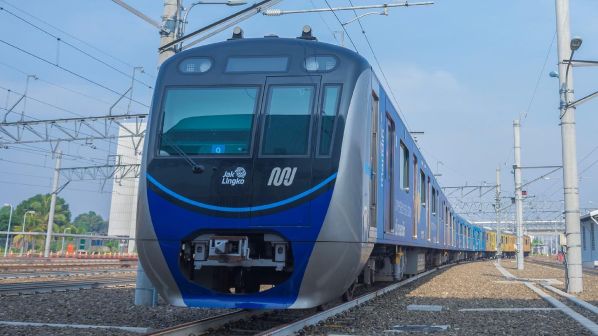 The loan would be used to fund the construction of an 11.8 km extension to the existing 15.7km Red Line between Lebak Bulus and Hotel Indonesia Traffic Island, alongside additional financing by local investors.

As well as loans from Jica, MRT is exploring alternative financing for the project, which may include corporate and municipal bonds, and strategic partnerships with multilateral lenders such as KfW, Germany, and China’s Asian Infrastructure Investment Bank (AIIB).

MRT will also generate additional revenue by offering licences to build around the network’s metro stations as part of the government’s Transit-Oriented Development (TOD) scheme. The programme aims to encourage the creation of urban hubs for residential, commercial and entertainment development within walking distance of public transport.

Licencing for three TOD zones in South Jakarta, at Blok M Asean, Lebak Bulus and Fatmawati stations, is expected to begin by the end of 2020. A further two zones at Dukuh Atas and Istora Senayan stations in Central Jakarta are planned.

In addition, MRT hopes to attract strategic partners to help fund the construction of the third and fourth phases of the metro, comprising the Yellow Line, which will run perpendicular to the Red Line along an east-west axis. Construction is planned to begin in 2022.

The news follows the signing of a Rupiah 4.5 trillion contract with the Shimizu-Adhi Karya joint venture (SAJV) in February this year to carry out construction work on Phase 2 of the project.

Ground was broken on the project in March. However, work was later delayed by three months due to the coronavirus pandemic.

The pandemic also caused a slump in metro traffic following the introduction of travel restrictions, falling to lows of 4000 per day in April and May. Although rising, passenger numbers remain at only around a quarter of their pre-pandemic average of 90,000, at around 23,000 travellers per day.

Phase 1 of the Red Line opened for operation in March 2019. The network is intended to alleviate Jakarta’s extreme road congestion, which ranked 10th in the 2019 TomTom Traffic Index.