HONG Kong-based operator MTR has appointed Dr Jacob Kam as CEO for a three-year term with effect from April 1, following the retirement of incumbent CEO Mr Lincoln Leong on March 31. 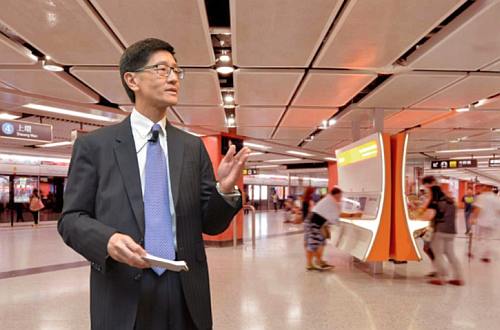 MTR announced that Leong would stand down in August amidst the controversy surrounding the delayed 17km Shatin - Central link, which at $HK 97.1bn ($US 12.38bn) is Hong Kong’s most expensive metro project.

The line has faced delays following alleged poor construction and a reported cover-up of mismanaged construction work on expanded platforms at Hung Hom station. In addition, 40% of documents certifying work on two approach tunnels and stabling sidings at the station have disappeared, meaning there is no guarantee of safety.

There is currently no confirmed completion date for the project although the Hong Kong government has reportedly been pushing for a partial opening.

Speaking ahead of the appointment of Kam and Mr Rex Auyeung Pak-kuen as chairman of the MTR board of directors for a term of two-and-a half-years from July 1, which was also confirmed on March 7, Hong Kong Administrative Region leader, Ms Carrie Lam Cheng Yuet-ngor, said on February 12 that the new chairman “would have to work very hard to restore public faith in the corporation.”

Auyeung, the former head of the governing council at Lingnan University, replaces Professor Frederick Ma. Ma, who as well as retiring from the position of chairman, will also step down as a member of the board, chairman of the corporate responsibility committee and a member of each of the nominations committee and the remuneration committee when his tenure ends on June 30.

The MTR Board has appointed Auyeung as a non-executive director with effect from March 7. He will also become chairman of the corporate responsibility committee and a member of each of the nominations committee and the remuneration committee from July 1.

Kam will also become a member of the MTR Board following his appointment. He first joined MTR in 1995 and has held various key management roles, including most recently as MTR’s managing director, operations and mainland business.