THE project director of Hong Kong’s Shatin to Central Link (SCL) has resigned and MTR CEO Mr Lincoln Leong Kwokkuen is to retire early in the wake of recent issues with the construction of the 17km, $HK 97.1bn ($US 12.3bn) project. 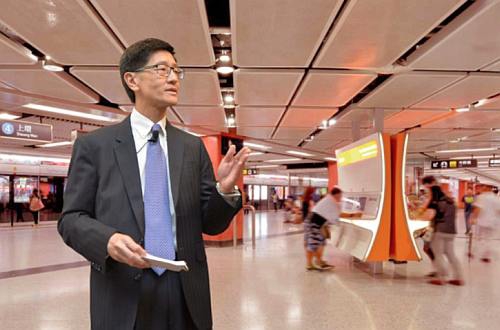 In a statement to the Hong Kong Stock Exchange on August 7, MTR announced Leong’s decision to retire and said projects director, Dr Philco Wong Nai-keung, had resigned with immediate effect.

Three general managers in charge of the project, Mr Lee Tsz-man, Mr Jason Wong Chi-ching and Mr Aidan Rooney, have also left MTR and the Hong Kong government - which owns 75% of MTR Corporation - said on Tuesday that it had asked police to investigate discrepancies and conflicting reports in the project.

“The corporation recently learned of inaccuracies in a report that it submitted to the Hong Kong government regarding construction issues in the SCL project for which the corporation is project manager on behalf of the government,” MTR said in a statement to IRJ. “A number of construction changes had been made in works at the platform slab at the Hung Hom Station extension by the contractor without full documentation and formal submissions to our project management team. The government was also not informed of the changes.”

“The corporation's board considers that there should be accountability on the inaccuracies in the preparation of the report and the inadequacies in complying with proper procedures. Accordingly, the projects division will be restructured. The projects director has resigned and three general managers have left the corporation with effect from August 7 2018. CEO Mr Lincoln Leong has agreed with the Board that he will take early retirement once a successor comes on board.”

South China Morning Post reported that chairman Mr Frederick Ma Si-hang had submitted his resignation for the second time on August 6, but had been asked by the government to stay on until a new CEO is appointed.