MTR revenue falls, Ebitda rises for first half of year 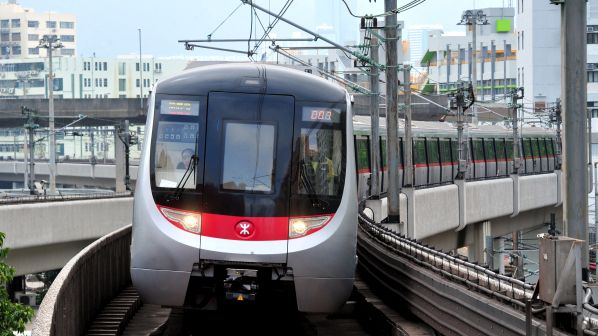 Despite this, MTR has reported an operating profit (Ebitda) of $HK 10.17bn for the first six months, up 9.3% over the same period last year from $HK 9.3bn, primarily due to a $HK 1.9bn (92%) reduction in expenditure on project and business studies and other development expenses.

This included a positive Ebitda of $HK 106m for its Hong Kong transport operations. However, MTR says that this still constitutes a 97.6% fall from the $HK 4.35bn Ebitda reported for the same period in 2019.

MTR says the primary cause of the fall in revenue is the economic impact of the coronavirus pandemic on its Hong Kong rail operations, which saw a 37.7% fall in ridership for the first half of the year, compared with the first six months of 2019. MTR carried 637.3 million passengers in the first half of this year.

The decline in ridership was most heavily felt in MTR’s longer-distance services following the closure of border crossings with mainland China. This included a 91.7% fall in passengers on Intercity services for the first half of the year compared with the same period in 2019, as well as declines in passenger numbers for the operator’s High Speed Rail (89.4%), Cross-boundary (87.2%) and Airport Express (77%) services.

By contrast, MTR’s local services suffered substantially less, but still saw significant declines in ridership of 33.3% for the first six months compared with the same period in 2019, resulting in passenger numbers of 553.6 million recorded at the end of June.

MTR’s light rail and bus network experienced a 36.2% fall in ridership for the period, with an overall ridership of 73 million for the first six months of this year.

MTR reported that commercial revenue from its Hong Kong stations fell by 49.1% to $HK 1.8bn for the first half of the year due to the fall in traffic, compared with $HK 3.56bn in the first half of 2019. This resulted in a fall in Ebitda for this income stream of 52%, to $HK 1.55bn.

However, MTR says that income from property rental and management subsidiaries from its broader Hong Kong property portfolio, which includes a range of commercial and residential developments, has remained a stable source of income throughout the economic crisis.

For the first half of the year, MTR received $HK 2.58bn in revenue from its Hong Kong properties, down only 2% from the same period in 2019. This resulted in an Ebitda for this income stream of $HK 2.2bn, down by only 1.7%.

MTR operates according to a ‘Rail plus Property’ (R+P) business model, in which it develops real estate around its stations to provide an additional revenue stream to support its operation and expansion.

MTR’s non-Hong Kong property development and management subsidiaries, as well as transport operation contracts in mainland China and internationally, reported a combined revenue of $HK 10.47bn for the first half of the year, compared with $HK 10.56bn for the period in 2019 - a fall of just 0.9%.

However, due to drops in traffic on its mainland and international rail operations, which included a decline in patronage on MTR’s Shenzhen Metro Line 4 subsidiary of 46%, MTR reported a 54% fall in Ebitda for the period from $HK 672m for the first half of 2019, to $HK 309m.

“Our businesses in Hong Kong experienced substantially reduced revenue and incurred an operating loss during the first half of the year,” says Mr Jacob Kam, MTR’s CEO. “Nevertheless, our overall financial position remains strong as a result of our R+P business model.”

Despite this positive attitude, Kam says that MTR will review its business strategy to improve its durability and responsiveness to the changing economic situation. “We are embarking on a re-examination of our strategic direction with the aim of strengthening our existing core competitive advantages, increasing agility and developing new capabilities. By focusing more on how we care for the environment and our communities, we will create new opportunities and be better positioned to respond to societal needs.”