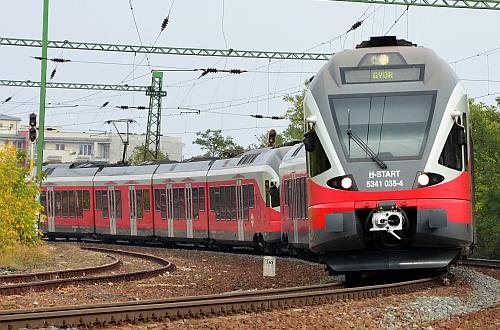 The holding company posted positive results after implementing a programme of cost-cutting and rationalisation measures and receiving full compensation from the Hungarian government for operating the network.

Overall the group posted pre-tax profits of €7.8m based on an income of €435m. However, on the down side, the cost of repaying bank loans obtained between 2002 and 2010 to keep the company going means that the balance sheets still show a final loss of €22m. Total debt on December 31 2012 stood at €775m, compared with €940m a year earlier, which was achieved without the government taking over any of debts the of MÁV subsidiaries during 2012.

MÁV says it took a number of steps to improve its results, including eliminating the use of external consultants, not attending conferences, and sourcing vehicle maintenance from within the group.