BRITISH network manager Network Rail (NR) has placed an indicative offer for part of British Steel, after the steel manufacturer was placed into insolvency in May when rescue talks between the British government and the company’s owner Greybull broke down. 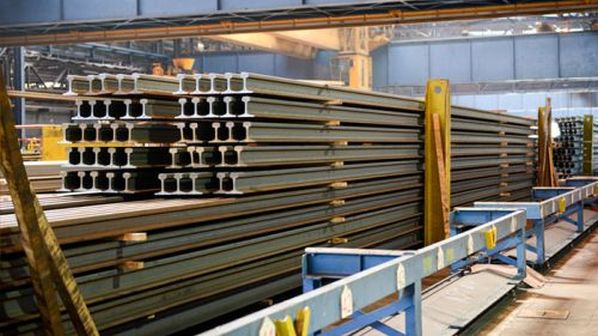 A NR spokesman confirmed to IRJ that it placed an indicative offer on June 28 for British Steel’s rail service centre, the business section that covers rail welding, finishing and storage at the Scunthorpe site.

“Our overwhelming preference is that a buyer is found for the whole site and the business is sold as a going concern,” the NR spokesman said. “Any offer from us in no way undermines that - we would only pursue our indicative offer if a buyer is not found, and then our offer is around helping ensure the continuation of our business. Our only two objectives throughout this have been to offer whatever support we can to British Steel, and to make sure we can continue to run the railway.”

NR said it could not comment in more detail at this stage.

NR said it had put in place plans to ensure the supply of rail throughout British Steel’s insolvency.

“We committed to a minimum annual order of 100,000 tonnes from the company and have also engaged with both British Steel and our two other existing European suppliers to enable us to stockpile rail,” NR says. “We have strong plans in place to make sure that we are able to carry out all critical work on the railway. As well as additional supply our contingency includes reallocating lineside stock, servicing rail to reuse it, and employing measures such as increased track inspection and maintenance. Our remit is to safely run the railway for everyone that relies on it and we’re confident we remain able to do that.”

The Sunday Telegraph reported on June 30 that about 10 bids were likely to be submitted to the Official Receiver, including some for the whole businesses and others, such as NR’s, for sections of the company.