BRITISH infrastructure manager Network Rail (NR) has selected four preferred suppliers for contracts worth £1.2bn which will cover almost half of its investments in London and the southeast of England during the 2014-19 funding period. 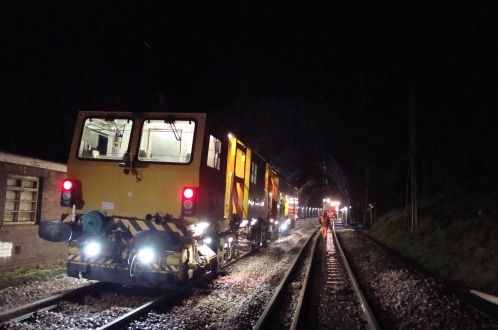 Volker Fitpatrick, Costain, BAM Nuttall, and Geoffrey Osborne have been chosen for the framework agreements which come into force on April 1 2014 and encompass platform lengthening for longer trains at key commuter stations, station enhancements, new footbridges, and upgrades to bridges, embankments and tunnels. Volker Fitpatrick will carry out work on NR's Anglia routes, Costain on its Kent lines, BAM Nuttall in Sussex, and Geoffrey Osborne on the Wessex network.

NR says the framework agreements are designed to encourage increased collaboration with its partners and will incorporate shared objectives which will enable both sides to share in risk and reward and incentivise safe and efficient project delivery. Indeed safety accounted for 15% of the evaluation criteria for suppliers, which NR says is a significant increase on previous framework agreements.

"The number of people travelling by rail has more than doubled in the last decade and is predicted to grow by a further 400 million by 2020," say Mr Nick Elliot, NR's southern regional director for infrastructure projects. "To help meet this growth in demand, our plans for the next five years will help deliver a 20% increase in the number of seats into London at the busiest times of day."