BRITAIN’s infrastructure manager Network Rail (NR) says it wants to increase spending to £47bn in the five-year period from 2019 to 2024 (Control Period 6 - CP6) in order to increase capacity, improve the reliability of infrastructure and reduce delays by 15%. 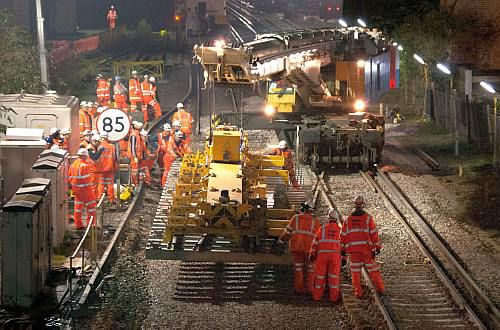 NR says it wants to increase expenditure on operations, maintenance and renewals by 25% compared with the current Control Period 5 (CP5). However, following cost and time overruns on some NR schemes in CP5, the government plans to make an additional £10bn available for major projects that might be carried out by NR or other organisations, and the Strategic Business Plan for CP6 will include some projects which have been postponed from CP5.

The plan aims to reduce energy consumption by 18% and carbon emissions by 25%. NR also wants to reduce mental health absence among its employees by 30% and increase the number of women it employs by 50%.

Mr Mark Carne, NR’s CEO, says the plan “sets out how we will make the railway more reliable and cost efficient and how we accelerate the technological transformation of our railway into the digital age. It is an ambitious, but realistic plan that is not without challenge.”

NR’s Strategic Business Plan is part of a long process to determine how much will be invested in CP6. It follows publication by the government of the High Level Output Specifications (HLOS) and the Statement of Funds Available (Sofa). The plan will now be reviewed by the Office of Rail and Road, which will make an initial estimate of NR’s funding needs in June and publish its final determination in October.