The funding was announced in the new government’s first budget. 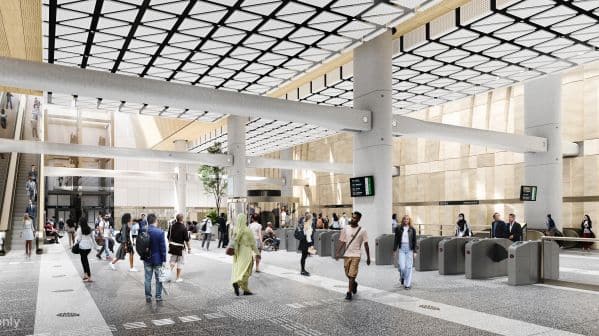 THE Australian Federal Government has confirmed its $A 2.2bn ($US 1.41bn) commitment to Melbourne’s Suburban Rail Loop (SRL) in its budget, while also cancelling or redirecting $A 6.5bn of funding for infrastructure projects.

The “mini-budget” is the first delivered by the Labor government since it won power in May, and the $A 2.2bn for SRL is the largest single infrastructure funding commitment it has made.

Overall, the rail sector did well with the budget delivering more than $A 3bn in additional expenditure for rail-related programmes.

Other rail projects that received support or had funding promises confirmed included $A 500m for early work on a high-speed link between Sydney and Newcastle and $A 400m to upgrade the Alice Springs - Halls Creek corridor.

An additional $A 3.1m will go to complete the final two sections of the Goodwood and Torrens Rail Junctions Project that will provide upgraded cycle paths and pedestrian links.

Perth’s Metronet will get $A 237.5m to remove of two level crossings on the inner Armadale line and a further $A 31.5m for the high-capacity signalling system.

The federal government also recommitted previously announced funding, including $A 61.8m for the planning and development and up to $A 2bn for the construction of a new intermodal terminal in Melbourne

The Gold Coast Light Rail project will receive $A 178.08m to undertake pre-construction activities to upgrade the 19km section of existing track from Kuraby to Beenleigh. The government will also commit $A 126.6m for the 6.7km third stage of the project, linking Helensvale to Burleigh Heads and providing eight additional stations.

Stage 2A of the Canberra light rail network will receive $A 132.5m. This project  will extend the existing route by 1.7km from Canberra City to Commonwealth Park with three new stations.

The government will commit an additional $A 60m to upgrade and electrify the Gawler line in South Australia between Salisbury and Gawler in Adelaide.

The budget also contained a $A 14.2m commitment towards the establishment of a National Rail Manufacturing Plan.

The November issue of IRJ includes an in-depth look at the future of the Melbourne SRL project.