NEW Zealand national operator KiwiRail has received a major funding boost in the latest national budget announced by the Labour-led government on May 30. 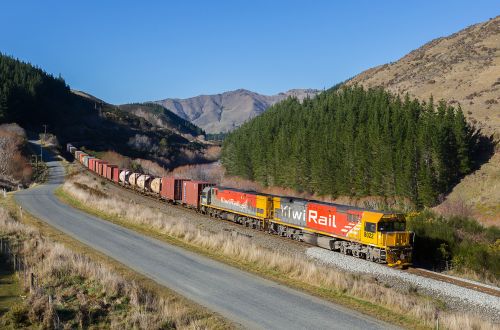 More than $NZ 1bn ($US 652.4m) will be made available over the next two years, including $NZ 375m for new rolling stock, $NZ 35m for rail-capable Cook Strait ferries and $NZ 331m towards upgrading some regional lines to support economic development.

The 2019-20 budget also includes also includes $NZ 300m for regional rail projects through the Provincial Growth Fund, and an additional $NZ 534m cash injection for the Auckland City Rail Link, including $NZ 400m to cover cost escalations and $NZ 134m to cover the cost of increasing station capacity on the line.

Deputy prime minister, Mr Winston Peters, who is in charge of state-owned enterprises including KiwiRail, says the funding will enable the railway to become resilient and reliable through substantial investment in rail infrastructure, new locomotives and wagons, and beginning the process to replace the Interislander ferries.

“After 155 years of rail in New Zealand, the historic misstep of privatisation and the managed decline of the past decade, securing these assets for the future is especially gratifying,” Peters says.

Previous budgets have seen annual top-ups for KiwiRail, but the government appears to be indicating an ongoing spending boost for the struggling company.

Transport minister, Mr Phil Twyford, describes the funding as “just the first step to rebuilding rail as the backbone of a sustainable 21st-century transport network” with a long-term national rail plan to be developed this year.

“Previous governments have taken a hands-off approach and left rail in a state of managed decline,” Twyford says. “Our New Zealand Rail Plan will outline the government’s strategic vision and give a 10-year programme of indicative investments and benefits.”