NORFOLK Southern (NS) reported an operating ratio of 68.6% for the second quarter of 2016 despite a 10% drop in revenue, and expects to sustain its operating ratio at this level for the remainder of the year. 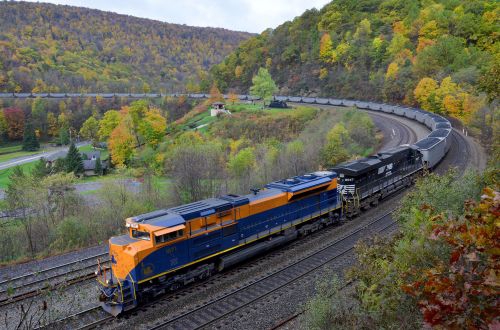 NS suffered particularly severe revenue reductions in certain types of freight traffic compared with the second quarter of 2015. Chemical traffic saw a 6% reduction at $US 426m, paper and forest products fell by 5% to $US 186m, intermodal revenue fell by 15% to $US 538m, while coal revenue plunged by 25% to $US 339m. Coal traffic fell by 24% due to high stockpiles, limited coal consumption due to mild winter weather, and sustained low natural gas prices.

“Our second-quarter results reflect our unwavering focus on cost-control, steadfast commitment to customer service and significant improvements in network performance,” says NS chairman, president and CEO Mr Jim Squires. “We are on track to achieve productivity savings of at least $US 200m for 2016, and our record first-half operating ratio of 69.4% gives us confidence we’ll achieve a full-year operating ratio below 70%.”